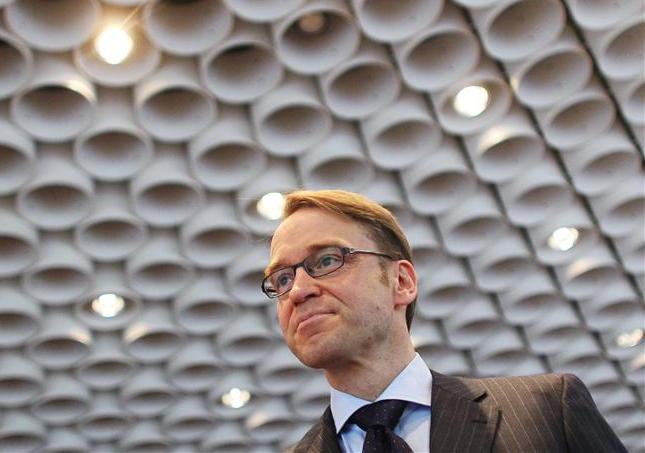 Europe’s economic powerhouse is losing its lustre. Germany is flirting with a recession that may usher in a new era of feeble growth. Many drivers of its stellar growth performance in recent years are disappearing, and misguided policies add extra burdens. So far, Angela Merkel has not woken up to the country’s fading economic miracle.

For half a decade, the strength of Germany’s economy has never ceased to surprise. It recovered quickly after the 2007 banking crisis. Now the upswing has come to a stop. The country’s leading economic think tanks expect a growth rate of merely 1 percent in 2015.

The Ukraine crisis, sanctions against Russia and sluggish growth in the rest of the euro zone are partly to blame. But that’s only half of the story.

The much-celebrated German labour market reforms of 2003 have run their course. Cutting benefits for long-term unemployed and making job centres more efficient invigorated the labour market. But while payroll numbers are still rising, the declines in unemployment numbers have petered out. As happened in 2013, the country may find itself in the paradoxical situation of both rising employment and unemployment next year. This highlights ongoing structural labour market problems.

The private sector’s persistent investment freeze is another problem. It not only drags down domestic demand in the short term, an ageing capital stock also hobbles longer-term growth potential. Moreover, the slack is like a private sector’s vote of no-confidence in Germany’s economy. Dismal demographics will dampen growth as well. Many employers already find it increasingly difficult to hire skilled workers.

Angela Merkel is not tackling these challenges. She has instead embarked on a partial roll-back of previous reforms. New incentives for early retirement and more generous pension benefits for mothers will drive up social security costs. A badly-designed minimum wage law puts low-paid jobs in Eastern Germany at risk.

A balanced budget is the coalition’s ill-advised main policy target. That will be harder to achieve in a low-growth environment anyway. It would better to ditch it preemptively. A public infrastructure spending program and reining in the expansion of the welfare state are the necessities of the hour.

Germany’s central bank forecasts little or no economic growth for the second half of the year, the Bundesbank’s monthly bulletin for October shows. The central bank predicted little improvement to Germany’s recent weak performance, cautioning that the year would also end on a “modest” note.

In the three months from April to June this year, Germany’s economic output shrank by 0.2 percent. Contracting in the third quarter would put the economy in recession.

“The total economic result should be on the level of the second quarter or even slightly higher,” the Bundesbank said of the third quarter. “Given the weak orders and the downbeat mood among companies, the outlook for the final quarter of the year is similarly modest.”

The German government cut its growth forecast drastically on Oct.14 from 1.8 to 1.2 percent for 2014 and from 2 to 1.3 percent in the next year. The country’s leading economic think tanks are a bit more pessimistic for 2015. Adjusted for the extra number of working days next year, they only expect real GDP to rise by 1 percent.