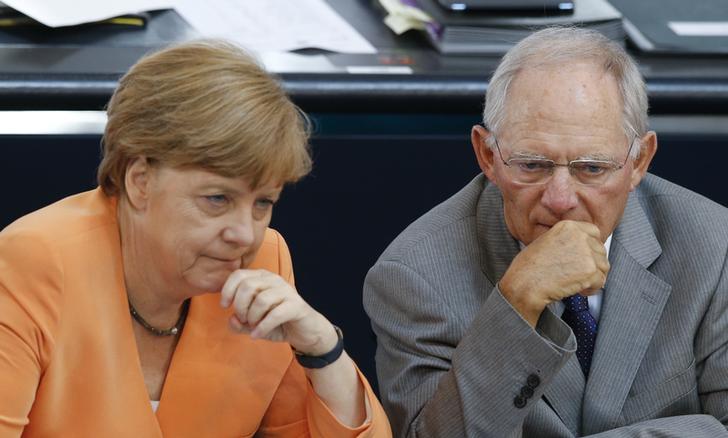 The Athens diktat is a risky deviation from German self-constraint in Europe, and would be toxic if it became a new leitmotif. But Berlin’s brute force method was provoked by a misguided Greek strategy that hit trust. German over-assertiveness can remain the exception.

Germany’s political establishment rushed to defend a deal with Greece on July 13 to negotiate a third bailout, with Chancellor Angela Merkel’s lieutenants selling the agreement as a victory for Europe that her conservatives can support.

The hard line taken in the negotiations with Greece by Merkel’s finance minister, Wolfgang Schaeuble, has emboldened lawmakers in the ranks of her conservatives where many were sceptical about backing further aid to Athens.

German lawmakers will be recalled from their summer recess for a vote - probably on July 17 - to authorise the opening of loan negotiations with Athens once the Greek parliament has approved the entire programme and passed the first laws.

Merkel said she could recommend “with full confidence” that the Bundestag authorise the start of negotiations while her allies played up the deal, reached early on July 13 after mammoth talks in Brussels.