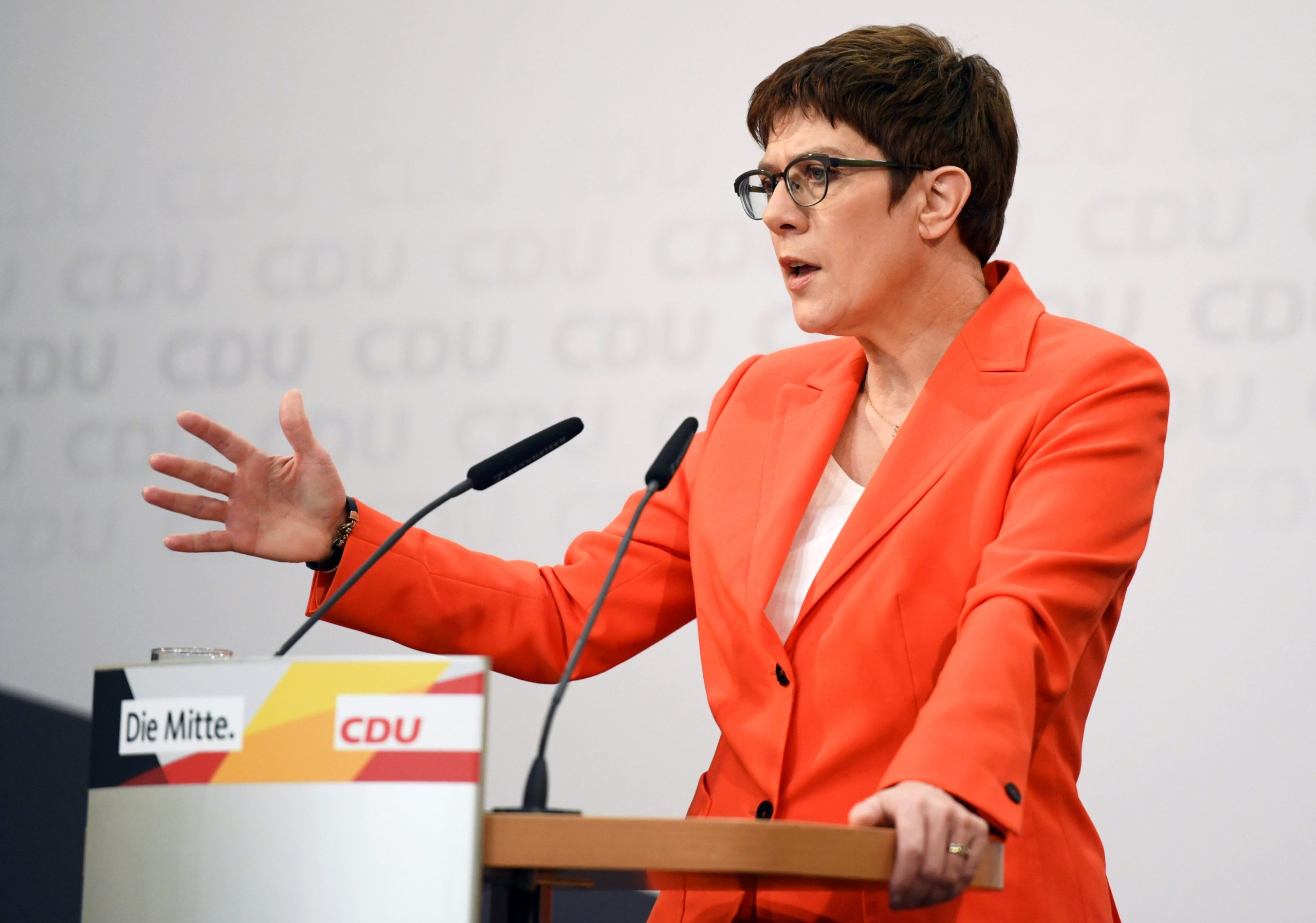 Chancellor Angela Merkel’s protégé Annegret Kramp-Karrenbauer will step down as Christian Democrat boss. It lays bare party splits and makes early elections less likely. When they are held, the right-wing tilt of her likely successor may make a coalition government hard to form.

Annegret Kramp-Karrenbauer, German Chancellor Angela Merkel's protégé and leader of the conservative Christian Democrats (CDU), will not run for chancellor in Germany's federal election next year, Reuters reported on Feb. 10.

Kramp-Karrenbauer, 57, won a vote in December 2018 to succeed Merkel as CDU leader. A regional branch recently defied her by backing a local leader who was helped into office by the far right.

Kramp-Karrenbauer will remain CDU chairwoman until another candidate is found, Reuters said, citing a party source.