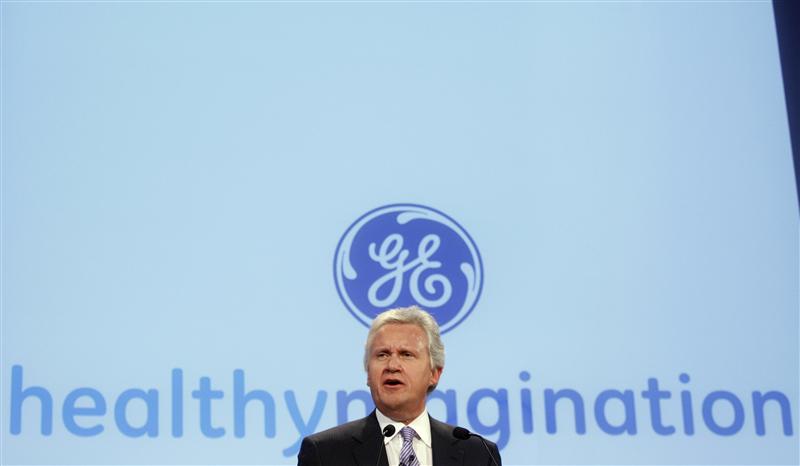 General Electric’s swoop on a key supplier should stack up. The U.S. conglomerate is paying a reasonable-looking $4.3 billion for Avio, the Italian aerospace components maker. GE gets savings and more exposure to a civil-aviation market growing at full throttle. The seller, British buyout shop Cinven, gets a satisfactory exit after a bumpy ride.

Unlike defence, civil aerospace is thriving as the world’s airlines expand and upgrade fleets. It is a bonanza which means the twin giants of civilian plane-making, Boeing and Airbus, have years of aircraft orders to work through. The backlog guarantees demand for engines like GE’s GE90, which powers the Boeing 777 wide-bodied craft – and in turn makes liberal use of Avio components. Hence this deal, which Thomson Reuters data show is Europe’s biggest aerospace takeover in five years.

GE reckons the price equates to 8.5 times 2012 EBITDA. That looks like good value, since it is the same as the average trading multiple for European aerospace and defence stocks, according to Starmine data. But gobbling up a business which already sells most of its engine components to GE should bring extra benefits. These may be operational – as GE streamlines its supply chain – and financial.

GE has not quantified the financial benefits it will draw, but says there’s an “excellent opportunity” to expand margins. That sounds credible: GE Aviation’s 18.3 percent operating margin far outstrips the industry’s 8.4 percent average. Margin growth could be achieved partly by cutting costs, through pooling purchasing, marketing, and research. And revenue could grow too. For example, Avio’s expertise in mechanical gears might be usefully transferred to new markets such as energy.

Cinven will be relieved to sell the business, after a longish six-year holding. Preparations to float Avio foundered –these are less-than-vintage times for market debuts on Mediterranean stock exchanges. In the end, Cinven probably made a little more than two times its money, Breakingviews calculations suggest – or about 13 percent annually. That’s not too shabby. But Finmeccanica, a minority investor here, had also invested alongside previous buyout owner Carlyle, and boasted of 50 percent-plus returns from that deal.

For private equity, the era of stratospheric capital returns is over. But for GE and Avio, the industrial logic is more than airworthy.

On Dec. 21, U.S. conglomerate General Electric said it agreed to buy the aviation business of Italian aerospace company Avio for about 3.3 billion euros ($4.3 billion). That values the business at about 8.5 times its expected EBITDA for 2012, GE said.
Cinven, the British private equity firm, bought majority control of Avio from U.S. rival Carlyle in 2006, in a deal worth 2.6 billion euros including debt. Italy’s Finmeccanica, which has invested alongside both Cinven and Carlyle, said it would use the 260 million euros it will now receive for its 14.3 percent stake to pay down debt.
The deal excludes the Turin-based company’s space unit, which accounted for about 11.6 percent of group revenue in the first half of 2012. More than half the revenue Avio makes in aviation is from supplying components to GE directly or to GE joint ventures.