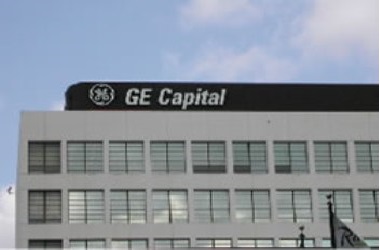 General Electric’s desire to shrink its finance arm has served up a takeover feast down under. The sale of the U.S. conglomerate’s Australian consumer lending business ranks as the country’s largest-ever private equity transaction. But it’s little more than a rounding error on GE’s balance sheet.

Offloading the portfolio of credit cards and consumer loans for an enterprise value of A$8.2 billion ($6.3 billion) looks like a good outcome for Jeff Immelt, GE’s chairman and chief executive. Attracted by Australia’s falling interest rates and growing demand for consumer credit, a horde of buyout firms, pension funds and sovereign investors piled into the auction. The winning consortium of KKR, Varde Partners and Deutsche Bank has a chance to expand a business that has been under pressure from its corporate parent to retrench. Moreover, because the unit does not take deposits, it is not subject to the Australian bank regulator’s increasingly strict rules on capital.

Yet when it comes to reducing GE’s dependence on financial services, the deal barely registers. At the end of December, GE Capital had $5.9 billion of consumer loans in what it describes as the Pacific Basin. Assume all of these were in Australia and New Zealand, and the sale accounts for less than 6 percent of GE Capital’s total consumer finance book, and little more than 1 percent of its $499 billion balance sheet. Though GE did not disclose the unit’s profitability, the disposal is unlikely to make a big difference to the objective of reducing GE Capital’s share of the larger group’s operating earnings to 25 percent, from around 42 percent last year.

GE has other options for shrinking its exposure to finance. It can sell down its 85 percent stake in Synchrony, its listed U.S. consumer finance arm which had assets of around $76 billion at the end of December. It also still has a minority shareholding in its Swiss unit, which went public in 2013. But when it comes to cutting loose wholly-owned financial businesses, the Australian unit was one of the bigger units available. GE’s disposals may provide a feast for bankers and lawyers, but they leave its own investors hankering for more.

General Electric on March 15 announced that it had sold its consumer lending business in Australia and New Zealand to a private equity consortium for an enterprise value of A$8.2 billion ($6.3 billion).

The sale helps meet GE’s objective to shrink its dependence on its GE Capital finance arm. The group has pledged to reduce the division’s share of operating profit to 25 percent, from 42 percent last year.

The business offers personal loans, credit cards and retail finance and has partnerships with several large retailers. It has more than three million customers. The loan book is around A$7.4 billion, people familiar with the matter said. Almost A$7 billion of the purchase price will be financed with debt which will subsequently be securitized, people familiar with the matter told Reuters.