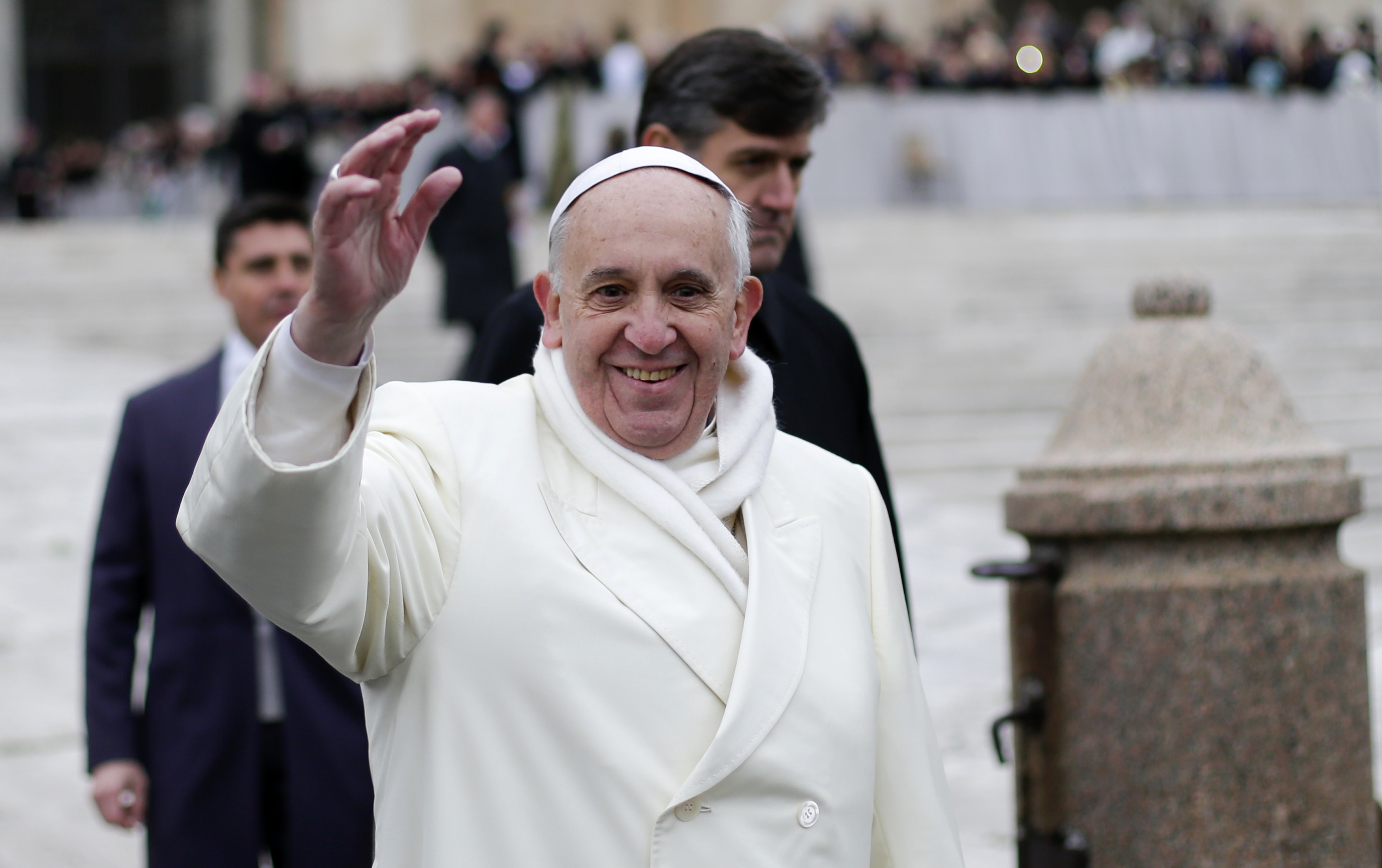 Wall Street bigwigs often lean economically right and socially left. In what looks like a manifesto for his papacy, Pope Francis takes the opposite stance. He might not, however, object to the relatively uncommercialized American Thanksgiving holiday. And over their turkey on Thursday, the rich might ponder a financial system that the pope says “rules rather than serves.”

Francis’ skepticism of free markets and concern about the absence of ethics in finance and economics were shared by his predecessor, Benedict XVI. But Francis’ simple style and consistent rejection of the traditional trappings of office lend his words particular weight. He rails against inequality and “the idolatry of money and the dictatorship of an impersonal economy lacking a truly human purpose.” Though Francis is guided by his Christianity, no particular religion is needed to agree that pure capitalism, whatever its big-picture merits, leaves many people marginalized.

There are some unarguable remedies mentioned in Francis’ so-called apostolic exhortation, including the rich helping the poor and initiatives to improve healthcare and education. The Catholic Church already does some of this. The Economist estimated in 2010 that the church and related entities like hospitals and schools spent around $170 billion a year in the United States, and that America accounted for as much as 60 percent of the church’s global wealth.

Francis probably expects more from his church. End-2012 cash deposits of 4.1 billion euros and portfolios under management worth 6.3 billion euros at the Istituto per le Opere di Religione, the Vatican bank which recently released an annual report for the first time, must represent only a fraction of the church’s worldwide assets. It’s easy to imagine the Holy See could rival the efforts of, say, the Bill & Melinda Gates Foundation with its $40 billion endowment if it corralled its resources.

The pontiff certainly wants more from governments and ordinary people. As well-fed American families give thanks, debate over the political implications of his advocacy of solidarity and shared responsibility may be best avoided. But recalling that the Thanksgiving holiday’s origins relate to collective effort meeting the basic needs of a human community, not to financial success, would at least be a nod in Francis’ direction.

The Vatican on Nov. 26 released Pope Francis’ first apostolic exhortation entitled “Evangelii Gaudium” – translated as “the Joy of the Gospel” – urging Christians to “embark upon a new chapter of evangelization” and setting out the pope’s views on a wide range of topics.

The document includes critiques of consumerism and “an economy of exclusion and inequality,” suggesting that “the worship of the ancient golden calf … has returned in a new and ruthless guise in the idolatry of money and the dictatorship of an impersonal economy lacking a truly human purpose.”

The pontiff says in his exhortation: “We can no longer trust in the unseen forces and the invisible hand of the market. Growth in justice requires more than economic growth.” He urges the rich to “help, respect and promote the poor” in a manner that “goes beyond a simple welfare mentality.”