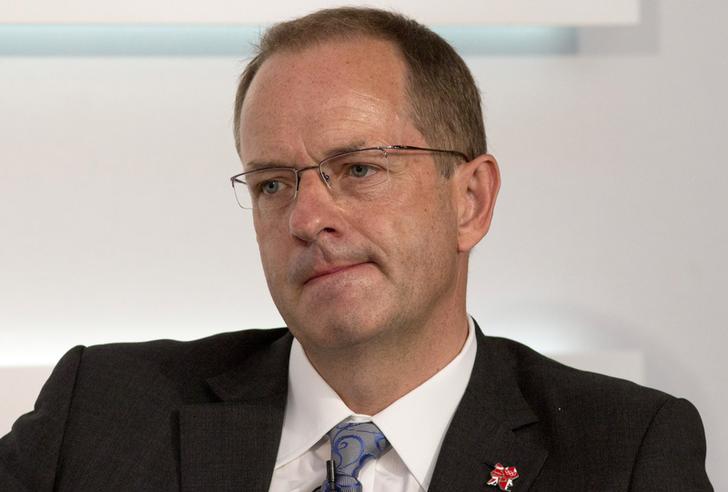 GlaxoSmithKline wants to heal at its own pace; some shareholders are ready to amputate. Based on its performance over the past year, Glaxo is coming to terms with its challenges, and a breakup offers limited value creation.

Two things support the idea of a Glaxo breakup, as promoted by shareholder Neil Woodford. The stock has delivered a negative total return of 6 percent over two years, mostly thanks to tough U.S. pricing and generic competition. And the lines along which a surgeon might cut are clearly defined thanks to the company’s four, effectively standalone, segments: pharmaceutical, vaccines, consumer products and HIV treatment – the latter branded as ViiV.

Chief Executive Andrew Witty, who created that structure through an asset swap with Novartis in 2014, argues there is value in keeping the group together and that it is recovering. There’s evidence he is right. Plans to generate 6 billion pounds of new sales from pipeline drugs are now expected to come to fruition two years early, in 2018. Sales of Breo, a replacement for the outgoing Advair, came in 25 percent higher than forecast.

A breakup could be more trouble than it is worth. Assume the pharmaceuticals division is worth about 11 times this year’s EBITDA, while the consumer division that includes brands like Sensodyne toothpaste fetches a higher 18 times, similar to Reckitt Benckiser. Using profit estimates from Liberum, they would be worth 37 billion pounds and 20 billion pounds, respectively.

The vaccine and HIV divisions have few direct peers, but 15 and 18 times multiples for the stable vaccines and fast-growing ViiV division are reasonable. That gives them respective values of 12 billion pounds and 26 billion pounds. Deduct net debt and minorities, and Glaxo’s parts are together worth 73 billion pounds, or 14.90 pounds a share – just 4 percent above the share price on Feb. 3.

There could be hidden value. An aggressive cost-cutter like Pfizer might offer a premium price to rip out Glaxo’s research costs, and shift profit to a lower tax base, following its deal with Ireland-based Allergan. Witty needs to deliver on growth, and the consumer business’ operating profit margin of 11 percent is less than half that of Reckitt. But Witty is moving in the right direction, and it isn’t for now the direction of a breakup.

GlaxoSmithKline said on Feb. 3 that sales grew 6 percent to 24 billion pounds in 2015, after adjusting for currency effects, while core earnings - which strip out one-off effects - fell 15 percent to 75.7 pence per share.

The group confirmed its intention to grow earnings by more than 10 percent in 2016, and said it would hit a target to reach 6 billion pounds of sales from new drugs two years earlier than expected, in 2018.