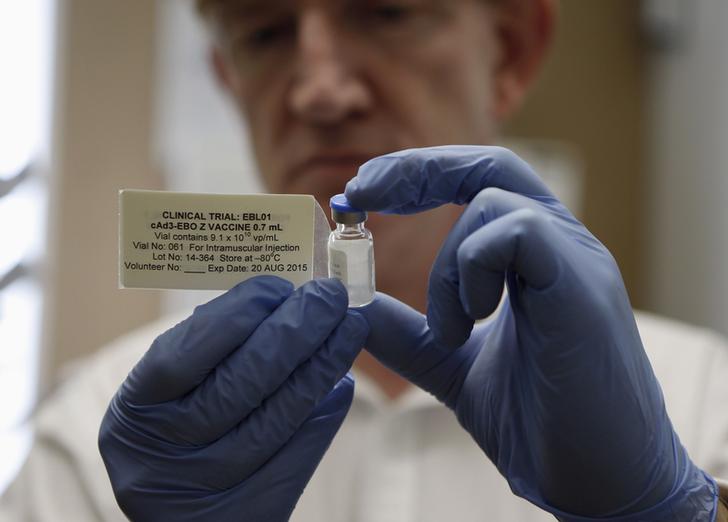 The British drugmaker scrapped a flotation of its HIV unit and slashed a planned cash return. That’s unfashionable in an era of spinoffs and shareholder payouts. GlaxoSmithKline, though, needs diversity and financial firepower while it tends to the core pharmaceutical business.

Professor Adrian Hill, Director of the Jenner Institute, and Chief Investigator of the trials, holds a phial containing the Ebola vaccine at the Oxford Vaccine Group Centre for Clinical Vaccinology and Tropical Medicine (CCVTM) in Oxford, southern England September 17, 2014.

GlaxoSmithKline abandoned plans to spin off a stake in its HIV treatment unit, known as ViiV. Britain’s biggest drugmaker also said on May 6 it would cut a planned capital return from 4 billion pounds to 1 billion pounds.

GSK said earnings per share would decline by a “high teens” percentage this year, before recovering by more than 10 percent in 2016.

The group said EPS from 2016-2020 would grow at a compound annual rate of between 5 and 9 percent, and sales would grow by 5 percent or less.