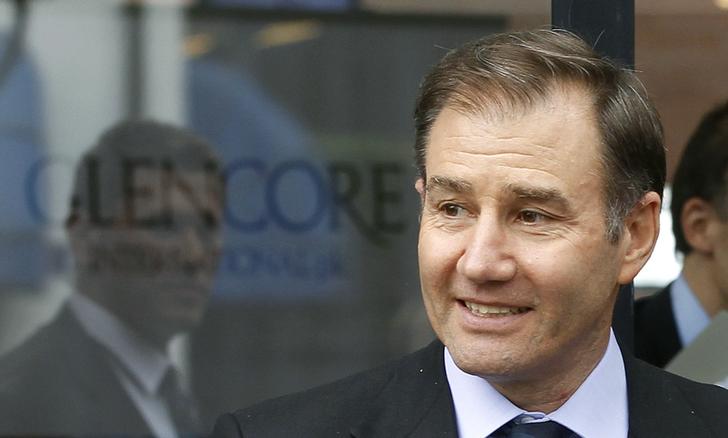 Suspected short-sellers and hedge funds were underweighted in the Swiss trading group’s equity raising. While the wafer-thin discount means those left out aren’t much diluted, it’s a pointed reminder that there’s plenty of room for things to get personal at owner-managed companies.

Ivan Glasenberg smiles as he leaves after Glencore's annual shareholder meeting in the Swiss town of Zug May 9, 2012.

Glencore raised $2.5 billion by placing new shares equivalent to 9.9 percent of its outstanding stock directly to shareholders, the company said on Sept. 16. The price of 125 pence per share was 2.5 percent lower than the closing price on Sept. 14.

Executives including Chief Executive Ivan Glasenberg took up 22 percent of the new shares, proportionate with their holding. The issue was underwritten by Citi and Morgan Stanley, along with Barclays.

The equity raising was part of a $10.2 billion debt-reduction plan announced on Sept. 7, which also involved Glencore cancelling its dividend until the end of 2016 and selling assets.

Glencore reported on Aug. 19 that its earnings in the first half of 2015 were 56 percent down on a year earlier, driven predominantly by lower commodity prices. Its net debt was $29.6 billion, equivalent to 2.7 times its adjusted EBITDA. The company’s target is three times EBITDA.