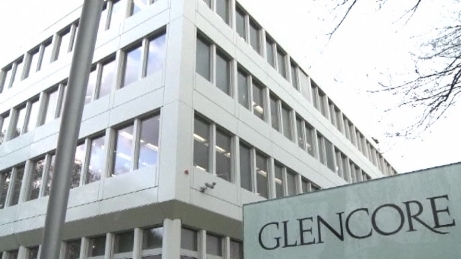 Glencore boss Ivan Glasenberg is closing in on his dream deal. A near $90-billion merger with sister company Xstrata would create an integrated mining and trading powerhouse with no direct rival. But Glasenberg shouldn’t let Xstrata extract too much value.

Xstrata admits the two are discussing an all-share merger of equals. But of course Glencore can still offer a premium, by tilting the share exchange ratio slightly in Xstrata’s favour. After all, Glencore is the acquirer here: its shareholders will be in the majority, and Glasenberg will probably remain chief executive. And many boards would find it difficult to acquiesce to anything that offered a sweetener of less than 10 percent.

So how much can Glencore pay? A tie-up could generate about $475 million of annual post-tax synergies, Credit Suisse reckons, thanks chiefly to Glencore trading more of Xstrata’s copper, coal and zinc. Capitalised at 10 times, those benefits would be worth about 3 billion pounds.

Based those estimates and assuming both companies’ closing prices on Feb. 1 represented fair value, Glencore could offer Xstrata a premium of up to 14 percent before it began destroying value for its own shareholders, according to Breakingviews calculations. Glencore’s owners would hold 55 percent of the combined firm, down from about 58 percent before any premium.

The market has already priced some of this in, with Xstrata shares rising faster than Glencore’s on Feb. 2. By late-morning, Xstrata’s outside shareholders were enjoying a 2.2 billion pound boost in market value, equivalent to a significant slice of all the synergies available.

Of course, different estimates yield different results. At Credit Suisse’s high-point estimate of $704 million in annual synergies, Glencore could pay a 20 percent premium without destroying value, reducing its eventual stake to 53 percent. On the other hand, Glencore won’t want to give all the value to Xstrata. The two boards are no doubt making these arguments with force as they haggle over the final terms of a deal.

On Feb. 2 Xstrata said it had received an approach from Glencore and was in discussions about an all share merger of equals. It said there was no certainty an offer would be made. Glencore, which floated in May 2011, already owns about 34 percent of Xstrata.
Last year, Glencore Chief Executive Ivan Glasenberg told the Financial Times that there were “a lot of benefits and synergies” in putting the two companies together but that Xstrata “seems more comfortable for Glencore to go public and get a market price before they may or may not enter into discussions”. In March 2011, according to an HSBC note, Xstrata Chief Executive Mick Davis told analysts that independent listings for the two companies were “unsustainable in the longer term”