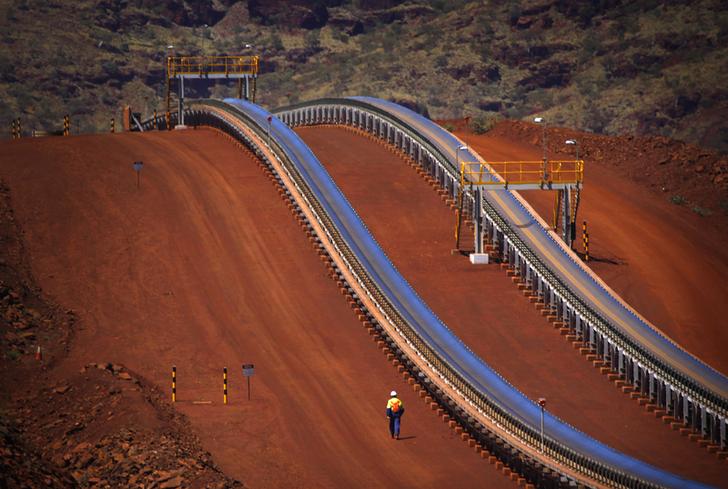 Glencore Chief Executive Ivan Glasenberg has been wrong-footed. His reputation has taken a bashing by the slump in minerals prices and China’s slowing appetite for commodities. Most painfully, he has had to adjust to shareholder worries about debt. Yet he was – and is – right to insist that Glencore’s unusual mix of mining with trading makes sense.

Glencore’s shares have tended to trade as befits a company made risky by heavy debts. But consider the enterprise value as a multiple of EBITDA, which looks at the company’s capital structure as a whole, and for most of its quoted existence the Swiss group has sat at a premium to mega-miners like Rio Tinto and BHP Billiton. That is no longer the case. A week after scrapping its dividend and announcing a potential equity issue to cut debt, Glencore trades at 6.6 times the next 12 month’s forecast EBITDA, according to Eikon. That’s a fifth below its post-IPO average, and in line with Rio and BHP.

The collapse in earnings and U-turn on leverage merits that kind of derating, but probably no more. Glencore’s trading business, which now provides three-quarters of its operating profit where it contributed less than half this time a year ago, is sheltered from swings in commodity prices. True, earnings from trading sometimes move in the wrong direction. A slide in Glencore’s trading profit in the first half was in large part because the premium buyers pay to get aluminium collapsed as warehouse queues were cut. But a year ago, as prices were falling, operating profit from the metals trading business increased. At times of commodity market weakness, Glencore’s dual-track approach makes it look stronger and more stable.

One part of the Glencore model, though, is probably gone. It will be much harder for Glasenberg to drive growth through big acquisitions. Last year’s approach to Rio Tinto, for example, would be unthinkable now. Then, one Rio share was equivalent in price to nine Glencore shares. Now, the ratio is 18; Rio’s market captalisation is twice Glencore’s. And while Glasenberg’s plan to cut debts would leave around $10 billion of headroom, shareholders are unlikely to tolerate anything like that. The new debt-lite Glencore may be less exciting, but it will be a lot sturdier.

Glencore announced a $10.2 billion plan to reduce its debt on Sept. 7, cancelling its dividend until the end of 2016, selling assets, and raising $2.5 billion in new equity.

The equity issue will be 78 percent underwritten by Morgan Stanley and Citi. Senior management, including Chief Executive Ivan Glasenberg and Chief Financial Officer Steven Kalmin, will take up the remaining shares.

Glencore reported on Aug. 19 that its earnings in the first half of 2015 were 56 percent down on a year earlier, driven predominantly by lower commodity prices. Its net debt was $29.6 billion, equivalent to 2.7 times its adjusted EBITDA. The company’s target is three times EBITDA.

Net debt is calculated in Glencore’s filings by treating “readily marketable inventories” as if they were cash. The company had $17.7 billion of these at the end of June. Glencore was trading at 6.9 times its forecast EBITDA for the next 12 months on Sept. 11, compared with a five-year average of eight times, according to Eikon. Mining rivals Rio Tinto and BHP Billiton were trading at 6.6 and 6.7 times EBITDA, respectively.