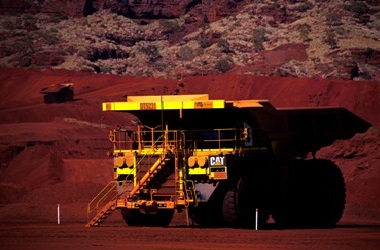 The Swiss trader’s shares fell by a quarter after an analyst suggested its equity could be worthless. The fear rests on cataclysmic maths. But Glencore’s quirky model means its valuation is highly dependent on confidence in management – a resource that is much depleted.

Trucks wait to be loaded with iron ore at the Fortescue Solomon iron ore mine in the Pilbara region of Western Australia. December 2 2013. REUTERS/David Gray

Research house Investec published a note on Sept. 28 in which it suggested that should current low commodity prices persist, Glencore’s equity could be of negligible value. That calculation hinged on applying a 15-times multiple to forecast earnings, which at spot commodity prices Investec forecasts would be negative in 2016 and 2017.

Glencore has announced asset sales, a cut to its dividend and reductions in spending to reduce its debt, which totalled $50.4 billion at the end of June. It raised $2.5 billion in equity earlier in September. The company treats its $17.7 billion of readily marketable commodity inventories as being as good as cash when calculating its net debt.

The company may sell a stake in its agricultural unit, which could value the whole division at $12 billion, Bloomberg reported on Sept. 25.