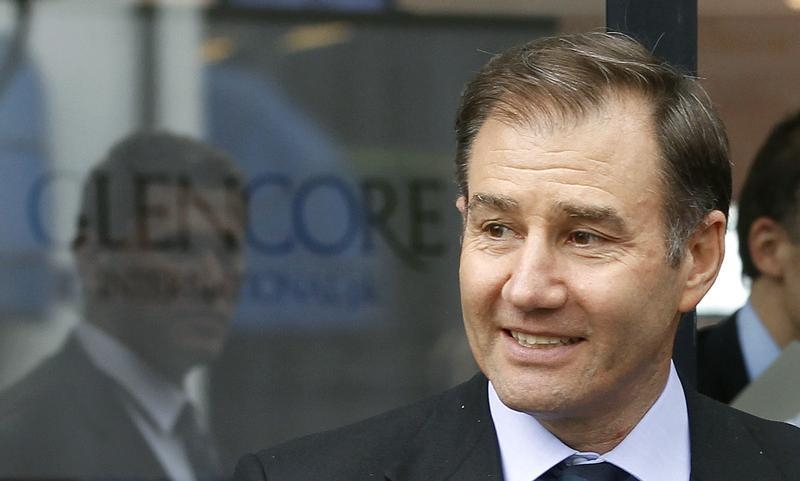 Glencore’s shtick has long been that it is the master of the commodity markets. It knows when to take risks, it can shift supply to where it’s most wanted and it tweaks its own mines to maximise profit. Or at least it can do all that when everyone else behaves rationally. That thinking has come unstuck, and the Anglo-Swiss commodities trader’s earnings have gone with it. They halved in the first six months of 2015.

The trading business of shuffling metals, oil and agricultural goods around the world that accounted for 76 percent of Glencore’s operating profit in the first half of 2015 proved fairly resilient, thanks to extensive hedges funded with cheap debt. But tumbling prices still take their toll. For example, trading profit was hurt by the collapse in the premium buyers have to pay to get hold of aluminium right away.

Mining is much worse. Glencore’s staples of coal and copper are selling at multi-year low prices. A 10 percent fall in the price of copper knocks $1.3 billion off Glencore’s full-year operating profit. The red metal has slid more than 20 percent since May alone. Coal, at a 12-year low, is a similar story. Glencore got that wrong in its 2013 merger with coal-rich Xstrata.

If only high-cost miners were behaving rationally, by closing down. But around 70 percent of Chinese coal miners are operating at a loss, according to the country’s National Development and Reform Commission. Production is declining but imports are dropping faster, down 34 percent in the first seven months of 2015, year-on-year. Meanwhile, China’s aluminium exports are increasing, in effect giving foreigners the benefits of the state-subsidised electricity used in smelting.

Glencore is sensibly targeting the one commodity it can sort-of control: cash. Capital expenditure plans have been cut and falling commodity prices have reduced the cash tied up in inventories. The company’s net debt fell to $29.6 billion, a drop of 3 percent from the end of 2014. With commodity price pressure unlikely to abate, focusing on balance sheet stability might be the most rational strategy available.

Glencore reported EBITDA of $4.6 billion for the first half of 2015, a 29 percent fall on the same period a year earlier, as declining commodity prices hit earnings at its mining and marketing divisions.

The Anglo-Swiss commodities trader said earnings, before exceptional items, fell 56 percent to $882 million. Including one-offs the company reported a net loss of $676 million.

Glencore attributed much of the poor performance in its core commodities to Chinese demand, notably for coal, nickel, zinc and copper. Benchmark prices for copper are at six-year lows of around $5,000 per tonne.

Net debt was $29.6 billion, slightly below its level at the end of 2014. Glencore carries substantial debt relative to other miners, much of which backs its inventories of tradable commodities.

Operating profit for Glencore’s marketing business, which sources, ships and stores metals, energy and agricultural commodities, fell to $1.1 billion, compared with $1.5 billion a year ago, and a full-year projection of up to $2.6 billion.

Glencore said on Aug. 13 that it would reduce planned capital expenditure to $6 billion, from up to $6.8 billion previously, and that it would take a $792 million write-down on oil assets in Chad.