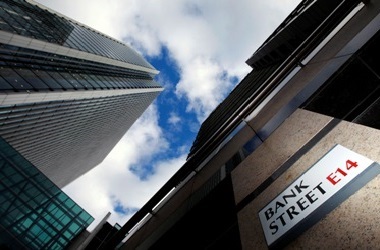 No bank should be too big to fail. The world has taken a step closer to that admirable goal with the Nov. 10 capital proposals from the Financial Stability Board, the body responsible for global coordination of bank regulation. But the latest plan has too many national carve-outs to do much for the FSB’s other aim of establishing a “level playing field.”

The proposals in the FSB’s final consultation paper should reduce the chance that taxpayers would be called on to rescue failed banks. The key ratio is total loss absorbency capacity to risk-weighted assets. TLAC includes equity and debt that automatically becomes equity. The FSB suggests a TLAC ratio of 16-20 percent, which could rise to 25 percent or beyond depending on the size of the lender and whether national regulators add an extra buffer.

It was never likely that all of the world’s leading banks and governments could agree on a simple rule that applies to everyone and, indeed, they haven’t. Big banks based in China and other emerging markets will be exempt from the new regime. Japanese banks will benefit from being allowed to count their national resolution fund – an industry-financed pot of money to assist restructurings – as part of their TLAC.

The FSB has also thrown a bone to European banks. U.S. banks with a single holding company above their main operations already have a clear line between what can be bailed in and what cannot. Big European banks, which often have everything jumbled together, would have faced the cost and irritation of establishing holding companies and stuffing them with new and expensive bail-inable debt. Allowing debt held at operational level to potentially contribute 2.5 percentage points of the total TLAC ratio makes it easier to maintain their current structures, without the need for holding companies.

If European banks are given until 2019 to reach their new TLAC targets, it could only cost 3 percent of their forecast 2016 profit, Citi estimates. This is by no means nailed down, though. The main effect will be to hamper the big global players. They will need more bail-inable capital than local competitors, or rivals based in emerging markets. The banking world is set to become less global, and less concentrated.

Global banks could have to hold total loss absorbency capacity (TLAC) of up to 25 percent of risk-weighted assets from 2019, according to a consultation published on Nov. 10 by the Financial Stability Board.

Systemic banks situated in emerging markets will not initially be subject to the minimum TLAC requirement, the FSB confirmed.

The consultation runs until Feb. 2.

A sign for Bank Street and high rise offices are pictured in the financial district Canary Wharf in London in this October 21, 2010 file photo. REUTERS/Luke Macgregor/Files

Global banks could have to hold total loss absorbency capacity (TLAC) of up to 25 percent of risk-weighted assets from 2019, according to a consultation published on Nov. 10 by the Financial Stability Board.

Systemic banks situated in emerging markets will not initially be subject to the minimum TLAC requirement, the FSB confirmed.

The consultation runs until Feb. 2.