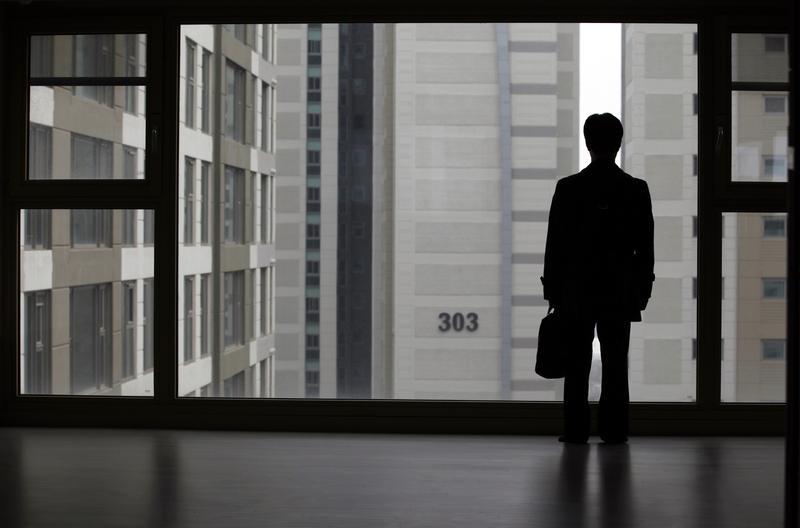 It’s too soon to call it a global bubble, but house prices are rising in most countries outside southern Europe. U.S. quantitative easing is a big factor, because capital inflows generated credit growth in emerging economies. Tighter monetary policy, now, is the simplest cure.

Kim Keon-hoon, a worker with Byucksan Engineering & Construction, looks out through the window from his empty two-bathroom, four-bedroom apartment in the middle class suburb in Goyang, north of Seoul April 1, 2013.

The Standard & Poor’s/Case-Shiller composite index of home prices in 20 U.S. metropolitan areas rose by 0.8 percent in January on a seasonally adjusted basis. It followed a similar increase in December. Prices rose by 13.2 percent from a year ago.

China’s house price inflation slowed for the second month in February, the latest sign of cooling in the country’s property market due to government policy curbs and weaker domestic demand. Average new home prices in China’s 70 major cities rose 8.7 percent in February from a year earlier, easing from the previous month’s 9.6 percent rise, according to Reuters calculations.

Japan’s land and infrastructure ministry reported on March 18 that land prices in Tokyo, Nagoya and Osaka rose in the twelve months to January by 0.5 percent for residential land and 1.6 percent for commercial land. It was the first annual increase in land prices for six years.