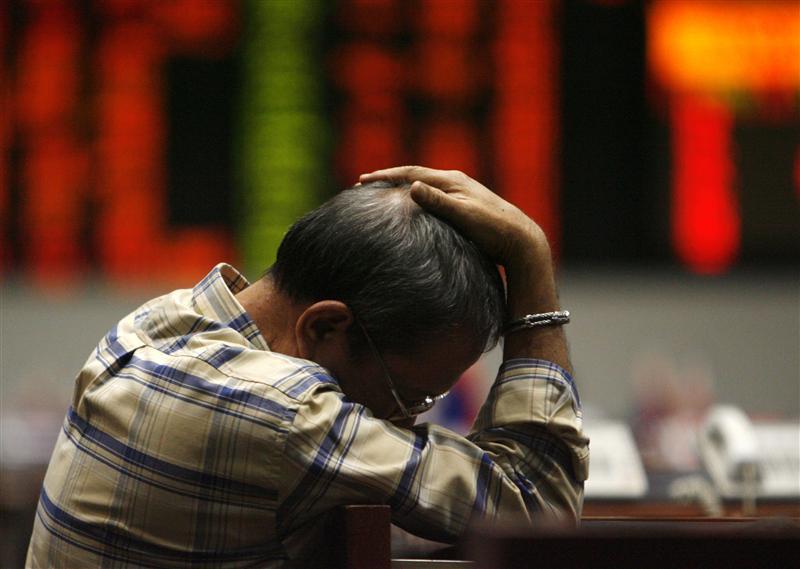 Global investors have been sucking money out of risk assets. Credible reassurance that Greece will stay in the euro would see risky bets poured back on. But for now Greece looks headed for the exit door and markets’ trajectory is downwards. The global sell-off in stocks, commodities and many currencies is likely to get worse as the dollar advances.

It might seem Greece is not a big enough to warrant global concern. But a Greek default would impose losses on the rest of Europe . And Greece will be seen as the first domino. Spanish and Italian bonds will be among those selling off, exacerbating financing pressures in southern Europe’s two big economies. A huge European effort would be required to calm fears that they and Portugal will not ultimately go the way of Greece.

A further concern is growth. The euro zone has stalled, China has slowed, the United States is improving, but slowly. There are strong echoes of August 2011 – a global economic “soft patch”. But this time it is coupled with far more intense fears of a meltdown in the world’s second most important currency.

The implications are likely to continue to be felt across asset classes. As the euro and many emerging economy currencies retreat, the safe-haven U.S. dollar is appreciating. That in turn unwinds the previous dollar carry trade, on which commodities, gold and many global assets had prospered.

An important difference from last summer is that the U.S Federal Reserve is not currently embarked on a programme of fresh money printing. For many assets, gold especially, that is a big negative. Gold has thrived on dollar weakness, trading speculatively rather than as a genuine haven. It now looks very vulnerable to further falls.

Unless and until European fears are calmed, the outlook for global stocks seems poor too. The lows of August of 2011 give a guide to the potential downside. They would imply a fall in the U.S. S&P 500 to 1,150, a decline of more than 11 percent on its May 15 close.

Of course, if the Greek omens change, so too will markets. But neither Greece nor investors can keep relying on bailouts. At some point and in some way the euro zone’s fundamental solvency and competitiveness problems must be resolved. Until they are, global risks will be high and markets vulnerable.

The dollar index, measured against a basket of major currencies, rose to a four-month high of 81.45 on May 16. The euro traded at a fresh four-month low close to $1.27. In the United States, S&P 500 stock index futures bounced back from three-month lows.
Oil prices fell. The price of the benchmark West Texas Intermediate crude traded at $92 a barrel, the lowest since Nov. 3.
The price of gold recovered slightly in trading on May 16 having earlier dropped to $1,527 an ounce, its lowest since late December.