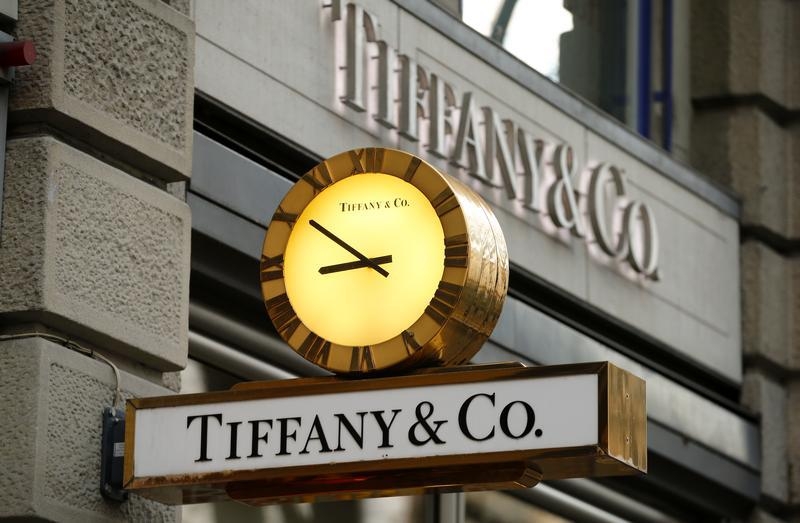 Like the white-gold solitaire setting of one of its classic engagement rings does for a two-carat diamond, Tiffany & Co’s tarnished outlook for the coming year neatly frames the new global economic normal.

The U.S. luxury jeweler reported Friday that fourth-quarter sales had fallen 1 percent, a trend it expects to continue through 2015. A 13 percent sales slump in Japan reflects that nation’s fiscal constraints, while a strong dollar hurt overseas sales and choked spending by tourists in the United States. On the bright side, growth in Europe is rebounding and Chinese consumers are playing their part.

With over half of Tiffany’s sales coming from abroad, its revised outlook illustrates the currency and other headwinds resulting from shifting fiscal and monetary policy the world over. Take Japan, where Prime Minister Shinzo Abe raised consumption taxes last November to help counter the country’s surging debt burden. Combined with the apparent secular shift by Japanese shoppers away from luxury consumption, Tiffany was hit particularly hard. Japan made up 13 percent of sales in 2014.

Elsewhere in Asia, the polish has not quite worn off. Notable sales growth in China suggests that long-awaited domestic consumption may be finally taking off. That’s critical to eventually resolving some of the world’s most glaring fiscal imbalances. Europe’s long-awaited economic rebound registered in the company’s 9 percent jump in fourth-quarter sales on a constant exchange rate basis.

While the U.S. economy continued to power along, the stronger dollar is taking its toll on Tiffany. Tourists, whose spending makes up 40 percent of the till at its Fifth Avenue flagship store, and 25 percent of all U.S. sales, can’t buy baubles like they once did. Tiffany shareholders have taken a 22 percent whack this year. At least they’re getting a luxury lesson of sorts in macroeconomics.

A clock in front of a store of U.S. jeweller Tiffany at the Bahnhofstrasse shopping street in Zurich December 23, 2013. REUTERS/Arnd Wiegmann

U.S. jeweler Tiffany & Co reported on March 20 that sales fell 1 percent in the fourth quarter and that it expects further declines in the current quarter, driven by the strong U.S. dollar.

Shares of the company fell 3.04 percent in inter-day trading.

On its March 20 earnings call, the company reported that over 40 percent of sales in the flagship store on Fifth Avenue in New York come from tourist spending. Tourists have historically accounted for 25 percent of Tiffany’s U.S. sales.