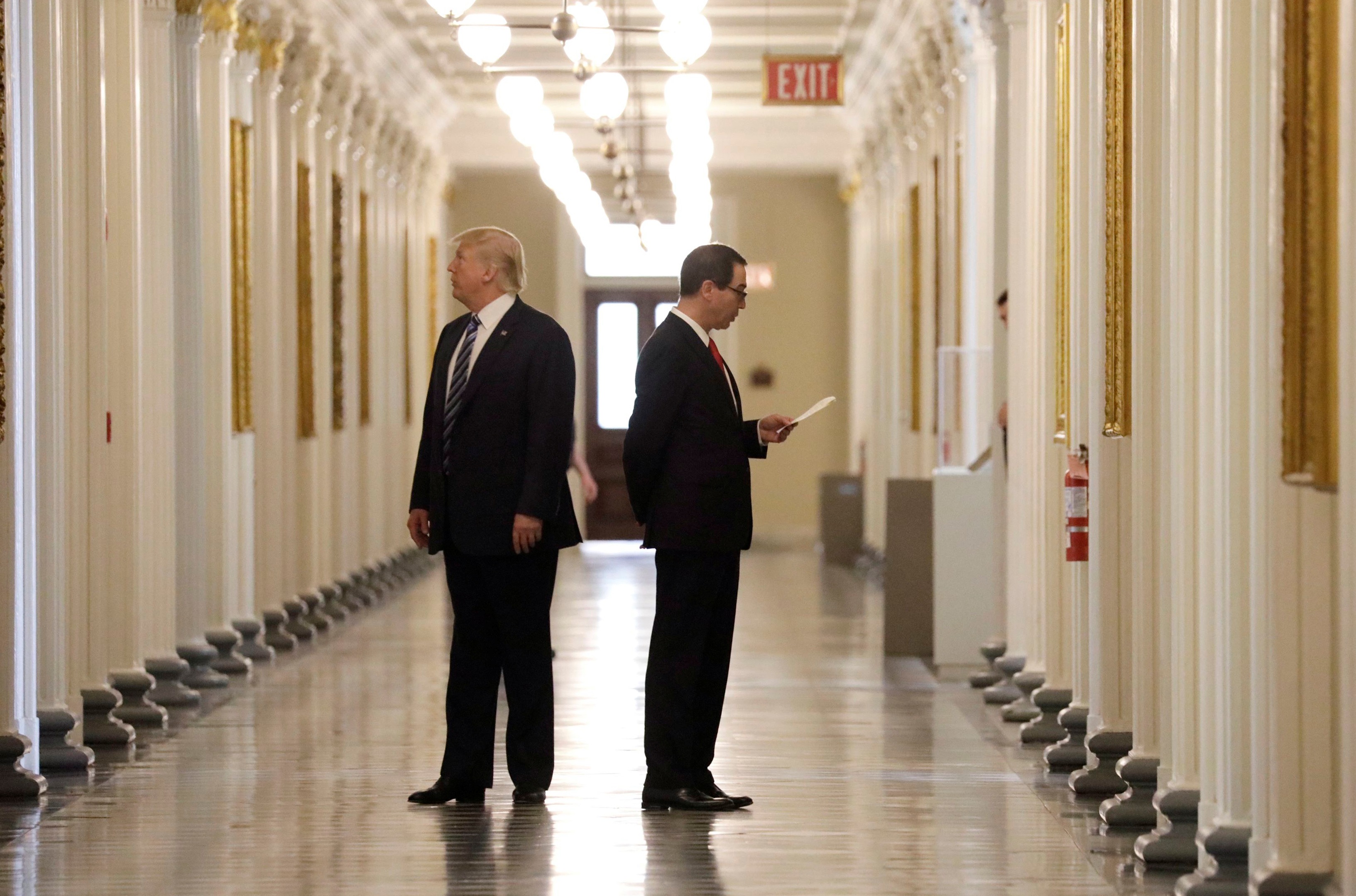 The U.S. Treasury will decide whether to recommend scrapping the post-crisis bank resolution regime, as some Republicans urge. But foreign regulators threaten to impose new limits on American firms if it’s ditched. That reduces the chances of a major rollback of financial rules.

The U.S. Treasury Department is expected to issue a report in the next few weeks on the Orderly Liquidation Authority laid out in the Dodd-Frank legislation, responding to an April 2017 order by President Donald Trump to review the measure.

The authority allows bank regulators to resolve failing bank holding companies and other systemically important financial institutions without going through bankruptcy. It also created a mechanism for Treasury to lend money to the Federal Deposit Insurance Corp to cover costs associated with winding down a firm. The government would be reimbursed for those costs by a fee imposed on big banks.

The review requires Treasury to assess whether invoking OLA could result in a cost for its general fund, if OLA leads to excessive risk taking, and whether changes to the bankruptcy code would provide a better method for resolving a firm.