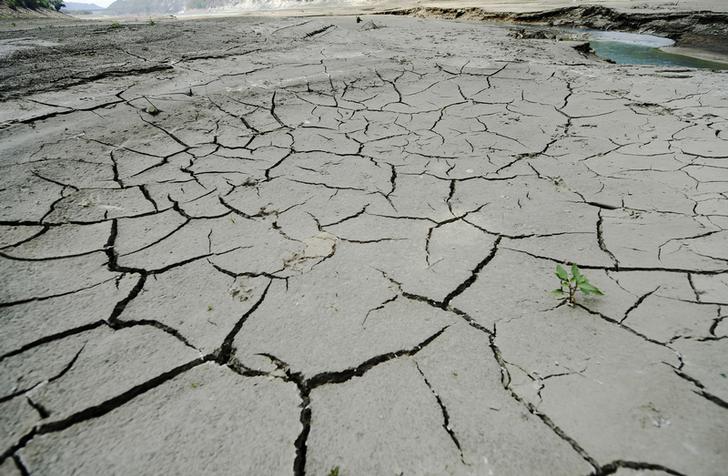 Earth faces a major water crisis. By 2030, the planet could have 40 percent less H2O than needed, due to rising demand for food and energy from a growing population, the United Nations reiterated in a report published on Sunday to mark World Water Day. The multi-year droughts afflicting California and Sao Paulo, Brazil may be harbingers of doom on a broader scale. But there is enough progress to offer hope.

Some regions have already changed their habits. Austin and other cities in central Texas use a fifth less water from the Colorado River than when cutbacks were requested four years ago, local newspaper the Austin American-Statesman calculates.

The United States as a whole consumed less water from natural sources in 2010 than in 1970, according to the U.S. Geological Survey. Israel reuses 80 percent of residential consumption and is home to some of the world’s most advanced water technology companies.

Businesses, meanwhile, are increasingly aware that they need to change. Beverage and retail products firms tend to be at the forefront – that’s as much about self-preservation as anything. But conservation is, gradually, spreading to other sectors. It helps that non-profit groups like CDP and the UN-supported Principles for Responsible Investment have built support among water purchasers. CDP counts 573 investors managing a total of $60 trillion of assets in its water program.

Some countries are even figuring out how to set aside years of enmity over shared water resources. On Monday, for example, leaders from Egypt, Ethiopia and Sudan signed a “declaration of principles” over Ethiopia’s huge Grand Renaissance Dam. Israel, Jordan and the Palestinian Authority inked an agreement on sharing resources in December 2013 – though water remains one of the region’s most contentious issues.

Information on water supplies is improving, too, with the UN and the World Resources Institute both developing databases. In many countries, the data is old, inaccurate or non-existent. NASA is using its satellites to improve information, too.

None of this can easily or quickly overturn age-old cross-border distrust or inefficient irrigation of farmland. But with Brazilians and those on America’s west coast facing another year of drought, it’s worth remembering that good ideas haven’t evaporated.

A small plant is seen at the coast of the drought-stricken Debar Lake 150 km (93 miles) west from capital Skopje.

The United Nations on March 22 marked World Water Day with the release of its annual report on water development. The organization’s General Assembly first designated the date as such in 1993. The aim, according to the UN, is to “make a difference for the members of the global population who suffer from water related issues. It’s a day to prepare for how we manage water in the future.”