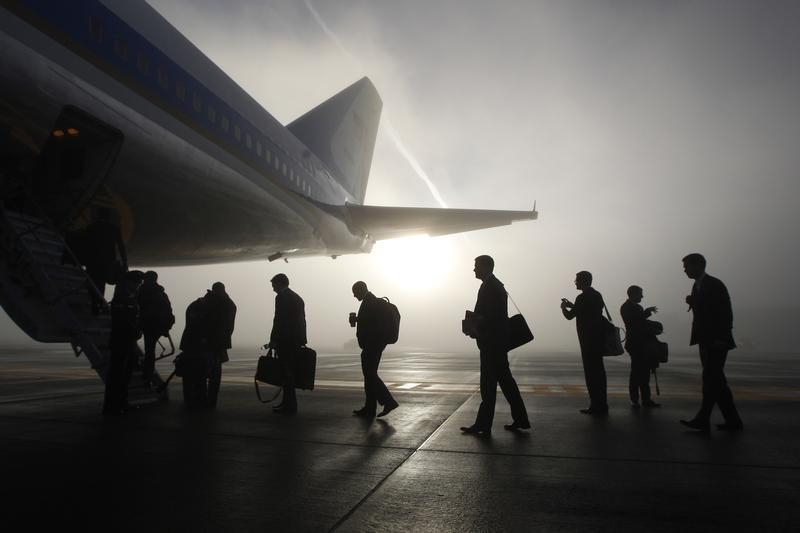 Donald Trump on Monday talked about “extreme vetting” for would-be immigrants to the United States. Despite his arguably extreme views, the Republican presidential candidate is not alone in proposing to tighten rules. Washington lawmakers want tougher limits on visas for overseas workers. For multinational firms, there’s a looming threat to their ability to transfer valuable employees to and from the United States.

With his call for a wall along the Mexican border, Trump has made immigration a central issue for November’s presidential election. On a slower timetable in Congress, some lawmakers want to crack down on programs including the already oversubscribed H-1B visa scheme, for hiring skilled workers from other countries, and the L-1 program, which allows companies to move managers and workers with specialized knowledge to the United States.

Senate Judiciary Committee Chairman Chuck Grassley, a Republican, and senior Democratic lawmaker Dick Durbin are sponsoring a bill that would narrow the definition of “specialized knowledge” in ways that could reduce the number of workers eligible for transfer to the United States. It could also provoke retaliatory measures by other countries, limiting the scope for Americans to move overseas.

Critics of the L-1 program say it is abused by firms trying to get around the annual cap on H-1B visas and in other ways. If so, it should be policed better. A 2013 report by the Department of Homeland Security’s inspector general suggests changes to how the L-1 system works, but said there was no conclusive evidence that it was being used to bypass the H-1B quota.

Meanwhile, transferring staff has in any case become harder since the financial crisis. Rejection rates for L-1B visas, the specialized-knowledge subcategory, jumped from 7 percent in 2007 to 22 percent in 2008 and rose further to 35 percent in 2014. For 2015, the overall rejection rate fell to 25 percent, but it is still high by historical standards.

Trump often seems most interested in curbing lower-skilled immigration, a lesser danger for employee mobility at multinationals. Meanwhile Congress is targeting skilled workers. Either way, the Conference Board and others have predicted that the United States could face labor shortages as Baby Boomers retire. Further constraining labor mobility will only worsen the problem.

Members of the press board the rear steps of an airplane in Seattle, November 25, 2013.

Republican U.S. presidential nominee Donald Trump on Aug. 15 called for the "extreme vetting" of would-be immigrants, saying an ideology test was needed to screen entrants. He has also pledged to build a wall along the Mexican border and at least temporarily ban Muslim visitors from entering the United States.

Washington lawmakers have called for tighter criteria for visas issued for foreign workers like the L-1 program, which allows companies to transfer managers and employees with specialized knowledge to the United States. Senate Judiciary Committee Chairman Chuck Grassley, a Republican, and Democratic colleague Dick Durbin are backing a bill to put restrictions on L-1 visas, including setting a wage floor, redefining "specialized knowledge" and giving the Department of Homeland Security authority to enforce compliance with the program.

In the 2015 fiscal year, U.S. Citizenship and Immigration Services received more than 13,600 applications for L-1B visas – the subcategory involving employees with specialized knowledge – and rejected 25 percent of them.