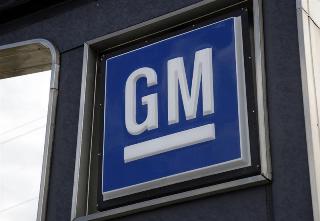 The carmaker had a decent Q1 aside from a $1.3 bln hit from its ignition switch-related fiasco. CEO Mary Barra even managed to keep earnings in the black – just. GM can afford more recall costs. The challenge is they’ll come with other drags, perhaps including slower U.S. sales.

A GM sign is seen outside the Medved General Motors car dealership in Arvada, Colorado. The US auto giant started the process for going public last Wednesday when it submitted the preliminary prospectus for its initial public offering.

General Motors said on April 24 that its net income for the first quarter fell 88 percent from a year earlier after it recalled 7 million vehicles to fix ignition switch problems.

Despite a recall-related pretax charge of $1.3 billion, higher pricing than last year helped the Detroit auto maker report a slim profit of $108 million for the quarter, or 6 cents per share, better than most analysts expected. Revenue rose 1.4 percent from a year earlier to $37.4 billion.

GM’s shares were up about 2 percent in early New York trading.