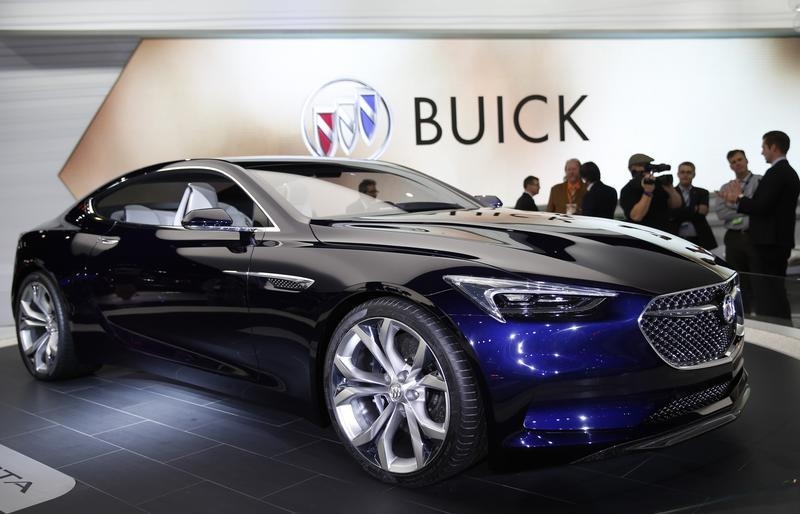 General Motors stock doesn’t deserve to trade lower than Ford’s. The Chevrolet maker raised its earnings guidance on Wednesday while fattening its dividend and planned buyback of shares. Yet the market values the company’s earnings 10 percent less than Ford’s F.N, despite the two auto manufacturers’ broadly comparable businesses.

Carmakers are feeling flush after the industry sold a record 17.5 million vehicles in the United States last year, including a growing number of especially profitable trucks and SUVs. The decision to return more cash to shareholders suggests GM and Ford are confident that an improving economy, cheap gas and easy credit will keep business booming.

GM on Wednesday raised its full-year profit outlook nearly 5 percent and quarterly dividend 6 percent, saying it hit its target of a 10 percent operating margin in North America a year ahead of schedule. It also said it would aim to repurchase $9 billion worth of shares through 2017. That increases by 80 percent and extends by a year the $5 billion buyback program it agreed to after activist investor Harry Wilson agitated for higher payouts last year.

Today’s GM is a far cry from the bloated, inefficient carmaker that entered bankruptcy in 2009. Despite improving performance, though, its shares trade at about 5.8 times this year’s expected earnings, according to estimates tracked by Thomson Reuters – the lowest earnings multiple of any major auto manufacturer. Ford, which announced a $1 billion special dividend on Tuesday, makes similar margins in North America, but its stock trades at about 6.5 times expected 2016 earnings.

A year ago, the valuation gap arguably made sense. Ford was further along in its restructuring program, and GM hadn’t yet shaken up its moribund corporate culture. The company was also mired in the costly fiasco over faulty ignition switches.

The worst of that debacle seems to be in the rearview mirror, thanks in part to the liability shield provided by bankruptcy law. Last year’s bumper sales and profit show GM is once again designing cars and trucks that people want to buy. It’s time investors showed its stock a little more love.

General Motors on Jan. 13 raised its full-year 2016 profit forecast. The company also boosted its stock buyback program by 80 percent to $9 billion and raised its quarterly dividend. The moves sent GM shares up 2.8 percent in early trading on Jan. 13.

Rival Ford announced a $1 billion special dividend on Jan. 12. Its shares fell more than 3 percent in early trading on Jan. 13, however, after its 2016 earnings guidance proved less bullish than some analysts expected.