Barra at the wheel 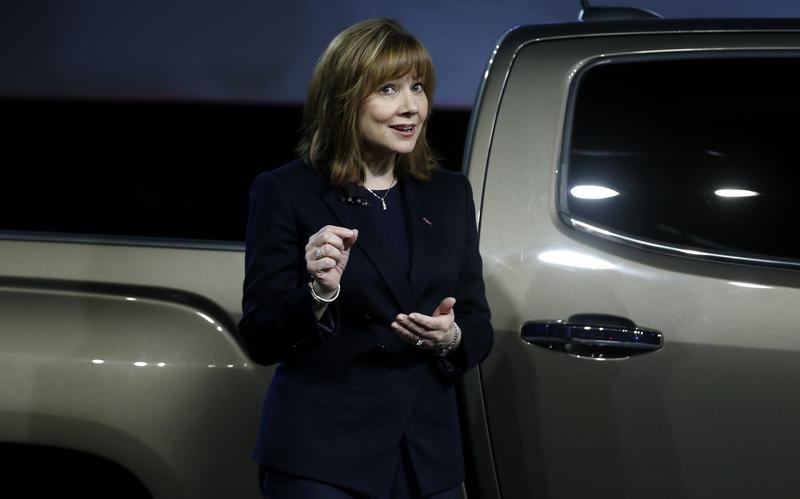 General Motors is hitting the right spot on several levels with its return to paying a common stock dividend. The $1.7 billion annual payout looks punchy at some 30 percent of what analysts reckon the company’s net income will be for 2013. Ford Motor, after all, restarted its shareholder payouts at a more cautious 10 percent of profit just over two years ago and only last week took it up to around a third. But GM looks positioned to handle it.

The company’s bottom line, for example, may jump by more than a third this year to $7.8 billion, according to consensus estimates compiled by Thomson Reuters. The dividend would then equate to only just over 20 percent of earnings.

On top of that, GM is generating around $1.5 billion of free cash flow a quarter and it had nearly $29 billion of cash and marketable securities at the end of the third quarter of 2013. That’s far more than enough to cover the dividend and any unexpected calls on its resources.

There could be several of those. GM’s European operation is not expected to return to profitability for a year or two. Strong competition in the U.S. small and mid-sized car market has raised fears of a price war – and, as the new leaders in that segment, GM and Ford would be the targets rather than the instigators they were before the financial crisis.

Moreover, GM may decide to splash out in an attempt to boost its overall share of its home market from the 17.9 percent where it has been stuck for the past couple of years. A domestic fight has the potential to dent net income for a number of players, should it happen. Detroit’s largest manufacturer, though, should be able to manage it.

It’s notable that GM’s board is reinstating the company’s dividend before sorting out new pay levels for its top executives. These have been restricted since the company took $50 billion of bailout money from the U.S. government in 2009. The last of that was repaid in December – with taxpayers taking a $10 billion hit – so directors can bump up compensation soon to more typical private-sector levels. Restoring investor payouts first implies the company is putting shareholders ahead of employees, which rarely seemed the case before the bailout.

GM still has work to do. But Mary Barra, who takes over as chief executive on Wednesday, looks set for a good first day on the job.

General Motors said on Jan. 14 that it will pay common stockholders a quarterly dividend of 30 cents a share. It will be the first time that the carmaker will pay a common dividend in six years. The first payment will be made on March 28.

America’s biggest vehicle manufacturer also announced on Jan. 14 that Chuck Stevens will be its new chief financial officer. He was previously CFO for GM North America. Stevens replaces Dan Ammann, whose promotion to president of the company was announced last month at the same time as GM revealed Mary Barra would be the next chief executive. All three appointments take effect on Jan. 15.