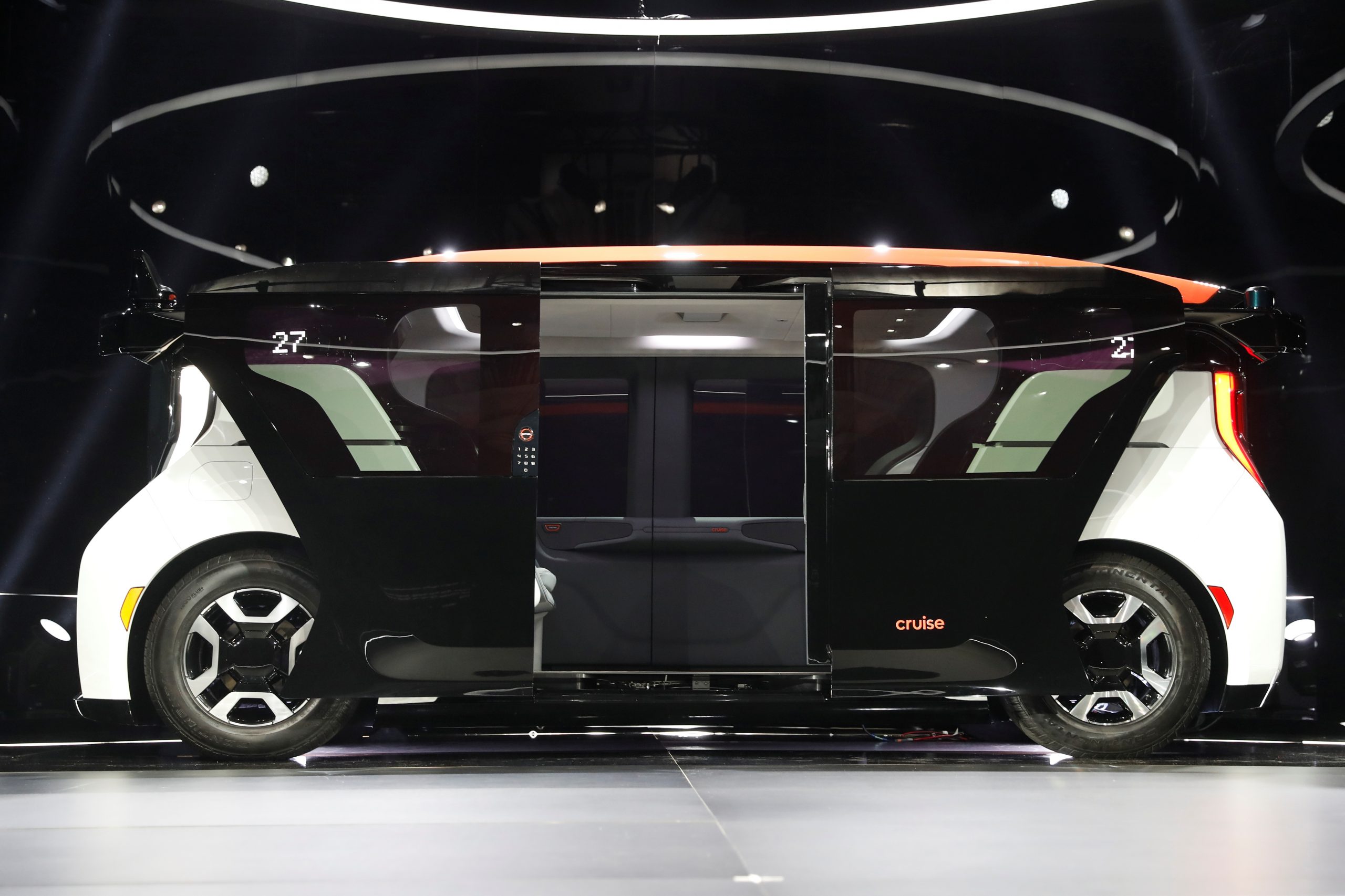 Cruise, the self-driving-car outfit majority-owned by General Motors, unveiled its prototype electric autonomous vehicle on Jan. 21. Called the Cruise Origin, it has no steering wheel or pedals.

Chief Executive Dan Ammann said it was “a fully engineered vehicle that’s on its way to production” and would cost roughly half of what it takes to build a high-end electric sports-utility vehicle. It is designed to last for more than a million miles and the company estimates it would be able to cut up to $5,000 in annual transportation costs per household in San Francisco.

The company does not yet have permission to operate vehicles without human controls on the roads.

Separately, in trading hours on Jan. 22 Tesla’s market value surpassed $100 billion for the first time. Chief Executive Elon Musk has said there will be 1 million of the company’s vehicles on the roads with self-driving capability this year.