For now, Dick Clark … so long 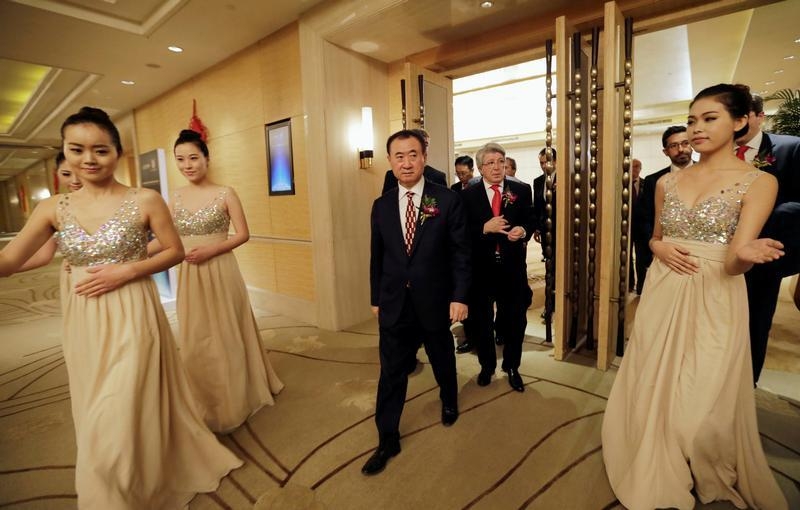 Wang Jianlin is rolling out more yards of red carpet for Hollywood. The latest push into U.S. entertainment by the Chinese tycoon’s company, Dalian Wanda, is to buy Dick Clark Productions for about $1 billion. The sellers should be happy. But it may provoke Washington’s Sino-sceptics into pushing harder to keep China’s entertainment ambitions in check.

Dick Clark produces the Golden Globes awards show, among other glitzy pageants. Guggenheim Partners bought it for about $380 million in 2012. The ownership structure has shifted since then, but the price Wanda is paying suggests the sellers should turn a nice profit.

Members of the U.S. Congress may be far less gleeful, though. Some have pressed the Government Accountability Office to review whether tougher oversight is needed for deals like Wanda’s earlier purchases of AMC Entertainment, North America’s No. 2 movie theatre chain, and studio Legendary Entertainment.

The objection, couched as an indirect threat to U.S. national security, is that acquisitions like Wanda’s could aid “China’s efforts to censor topics and exert propaganda controls on American media”. Wang’s past business ties with people close to the Chinese government don’t help dispel that notion.

Wang, meanwhile, is eager to make Wanda a behemoth in leisure and entertainment. In sports he already owns a stake in a Spanish soccer team, a sports marketing business, and the Ironman triathlon. Live TV events are a logical extension. Last month he unveiled subsidies to lure Hollywood’s filmmakers to the Chinese city of Qingdao.

Ownership doesn’t have to affect the work U.S. studios and production companies do, or what movies are shown. Deep pockets can help fund bold artistic projects. And action films, for one, play well in China, showing how the Wanda connection may present new opportunities. That’s one way Wang justifies his purchases. Some lawmakers may dismiss that as propaganda, too.

Wanda, run by China's richest man, Wang Jianlin, said in a statement on Nov. 4 that it would buy all of Dick Clark, an iconic name in U.S. entertainment that also produces the Academy of Country Music Awards and the Billboard Music Awards.

The investigative arm of the U.S. Congress has agreed to examine whether a panel that oversees foreign investment in the United States has the legal powers it needs to keep up with efforts by state-owned firms in Russia and China to buy strategic U.S. companies.

The Government Accountability Office said in a letter to lawmakers dated Sept. 30 – responding to a request on Sept. 15 by 16 members of Congress – that it would review whether the Committee on Foreign Investment in the United States has been updated enough to ensure the panel can do its job effectively.

The letter to the GAO said Congress had raised concerns about Wanda's bid for major American movie studios like Legendary Entertainment and Paramount Studios, among other situations. It said the media acquisitions were particularly concerning because of "China's efforts to censor topics and exert propaganda controls on American media."