I dream of Jamie 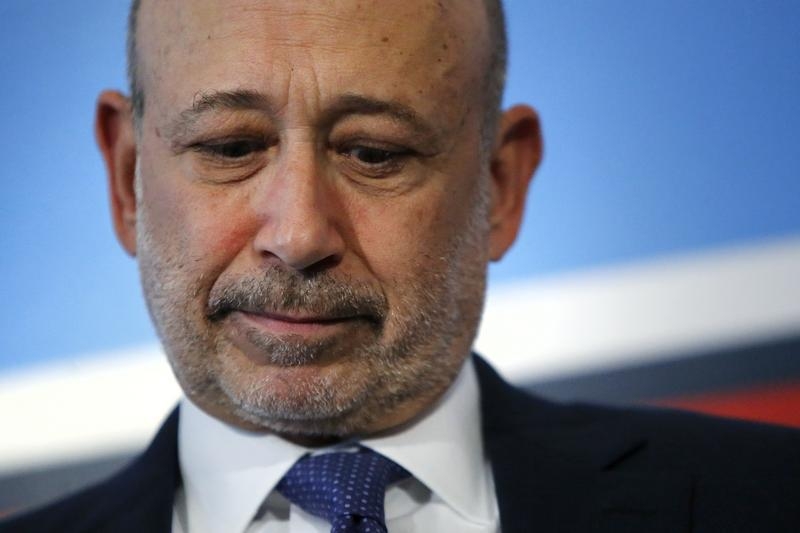 Goldman Sachs’ second-quarter showing may for once leave it wishing it was a sprawling mega-bank. The Wall Street firm put in a far worse showing than rivals in fixed-income, currencies and commodities trading, known as FICC, traditionally its revenue powerhouse. Broader institutions like Citigroup, Bank of America and JPMorgan benefit from the cushion provided by sleepier but consistent businesses like treasury services and commercial banking and lending.

These areas bring with them often simple trades in foreign exchange, interest-rate swaps and the like. Combined, they bring in a lot of volume, and in some cases they can be executed cheaply on electronic platforms. Goldman, with its greater and often more profitable focus on institutional investors as opposed to corporate clients, lacks some of this bread-and-butter flow.

The effect shows in a couple of ways. Two of the big three U.S. universal banks now routinely rake in more revenue trading bonds, forex and commodities than Goldman – a reversal in some cases from the position before the 2008 crisis. That division at the firm run by Lloyd Blankfein, for example, contributed $1.6 billion to the top line in the three months to June. Citi and JPMorgan cranked out $3 billion, while BofA, whose FICC results aren’t as high, hit $2.1 billion.

A second consequence is the volatility of FICC revenue. Goldman’s top line in the segment plummeted 49 percent from a strong first quarter: clients took a back seat as uncertainty returned to financial markets, especially in June. Its competitors also saw trading revenue decline, but not as much. JPMorgan’s fell 29 percent, Bank of America’s 22 percent and Citi’s by just 12 percent.

On the other hand, Goldman got a taste of one of the downsides of being a mega-bank. It set aside $1.45 billion to cover potential litigation costs in the second quarter, an amount that significantly dented profit, albeit far less than some bigger rivals have paid.

And Goldman’s returns on equity are generally higher than larger rivals’. Strip out the legal charges and the company’s annualized return on equity for the second quarter was 11.7 percent, easily beating the big three.

When FICC is giving the firm a roller-coaster ride, though, the relative stability of the giants’ businesses might seem appealing. Goldman’s more focused model is not always an advantage.

Goldman Sachs on July 16 reported second-quarter net income of $1.05 billion on revenue of $9.07 billion. Annualized return on equity was 4.8 percent.

Included in the results was a provision for legal costs related to mortgage securities of $1.45 billion. Without that, earnings per share would have been $4.75 rather than $1.98. On that basis, the bank beat the consensus estimate of sell-side analysts of $3.88 a share.

Goldman Sachs on July 16 reported second-quarter net income of $1.05 billion on revenue of $9.07 billion. Annualized return on equity was 4.8 percent.

Included in the results was a provision for legal costs related to mortgage securities of $1.45 billion. Without that, earnings per share would have been $4.75 rather than $1.98. On that basis, the bank beat the consensus estimate of sell-side analysts of $3.88 a share.