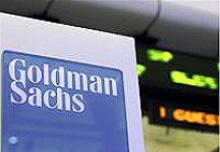 Goldman Sachs and Morgan Stanley are the Montagues and the Capulets of investment banking. It’s almost as unusual for a senior banker to quit one firm for the other as it was for members of Romeo and Juliet’s feuding clans to consider marriage. That gives Goldman’s poaching of Kate Richdale, Morgan Stanley’s head of investment banking in Asia, an added edge. But while it’s tempting to see the defection as evidence of a decisive shift in the balance of power in the region, the grudge match has proved surprisingly enduring.

Losing Richdale is a blow. A 13-year veteran of Morgan Stanley, she was put in sole charge of investment banking in the region just two years ago. Moreover, she’s not the first to leave: several of Morgan Stanley’s senior Asia bankers have quit in recent years. In a part of the world driven by personal relationships that take years to build, Goldman must have felt that Richdale’s contacts justified breaking its usual practice of filling senior positions from within.

It’s tempting to look for signs of a broader cosmic shift. Morgan Stanley has suffered more than its fair share of senior upheaval recently: investment bank co-head Paul Taubman, who apparently was close to Richdale, was pushed out in November. Meanwhile, chief executive James Gorman has put noses out of joint by beefing up Morgan Stanley’s retail brokerage arm while talking tough on bonuses for investment bankers.

Yet investment banks are remarkably resilient. Both Morgan Stanley and Goldman have experienced plenty of turmoil over the past decade. In Asia, at least, the rivalry remains as close as ever. In each of the last four years, both firms have been in the top three league table positions for advising on mergers and acquisitions in the region. When it comes to underwriting equity offerings, they have generally both been in the top five. It will take many more senior defections before this rivalry has a clear winner.

A Goldman Sachs sign is seen on at the company's post on the floor of the New York Stock Exchange, January 18, 2012. REUTERS/Brendan McDermid