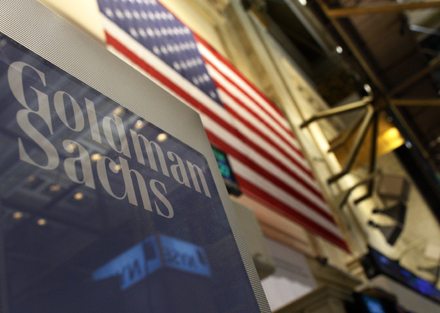 The exceptionalism of Goldman Sachs took another knock this week. For a brief period on Wednesday, shares of the Wall Street firm traded at a bigger discount to book value – or assets minus liabilities – than those of megabank rival JPMorgan. This rarely happens and suggests that investors fear the bank’s franchise, both as a trader of securities and financial adviser to corporations and governments, is somehow damaged.

Compared to other banks, Goldman historically commanded a premium valuation relative to its book value. That has traditionally given the bank a strong defense against critics of its business model, the assets on its books or indeed its management team. And for years this has mostly been deserved. For one, Goldman marks its assets to market prices more aggressively than rivals. Second, Goldman’s return on equity, a measure of its ability to make money above its cost of capital, usually has bested rivals.

Take the boom years from 2005 to 2007. Goldman cranked out an average annual ROE of 29 percent. JPMorgan came in around 11 percent. As a general rule of thumb, if Goldman’s weighted average cost of capital was 10 percent, then those returns on equity justified a share price trading at up to three times its book value. Yet last week, Goldman shares fell below $95, taking it below 72 percent of its June book value of about $130. At certain points, that was bang in line with, or even below, investor perception of JPMorgan’s worth.

To be fair, this convergence was brief, especially thanks to JPMorgan’s disappointing third-quarter results. But the last time Goldman shares crossed that line for a prolonged period was in late 2008, when Goldman’s very existence was under threat. Survival isn’t the issue this time round. But Goldman’s ability to generate returns above the cost of funding itself is clearly not being taken for granted by shareholders.

True, compared to Morgan Stanley, Bank of America, Citigroup and others, Goldman’s valuation is still quite exceptional. But a sustained belief by investors that JPMorgan’s broader spread of retail and other businesses offers more of a cushion for shareholders wouldn’t be lost on Goldman’s board, no matter how good or bad its results may be.