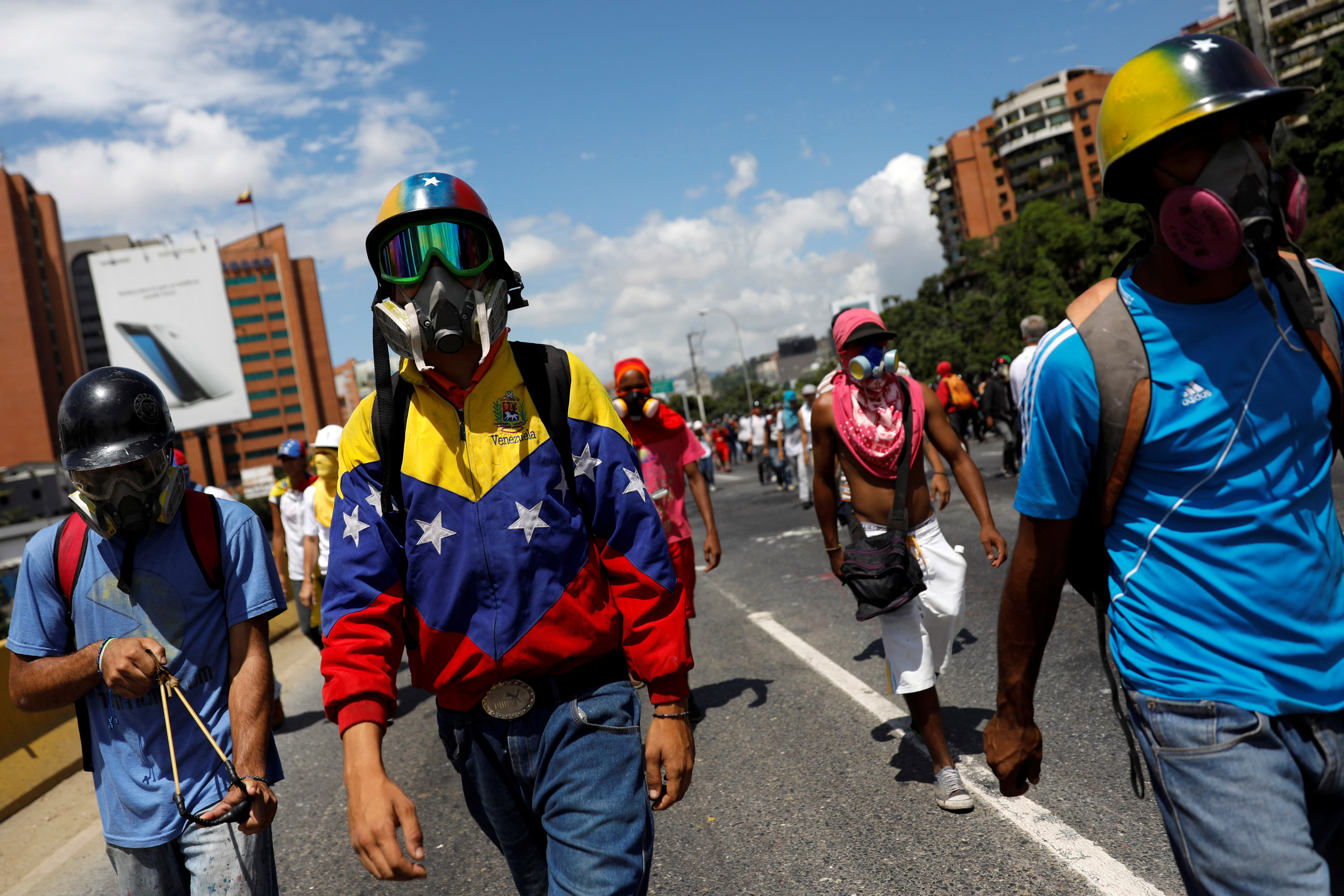 Money managers at the firm bought oil giant PDVSA’s debt at a big discount, indirectly handing the central bank needed dollars. Investments aren’t necessarily moral choices, but can hit reputations. After trouble in Greece and Malaysia, Goldman ought to have a better nose for it.

A demonstrator wearing a jacket with the colors of the Venezuelan national flag takes part in a protest against Venezuelan President Nicolas Maduro's government in Caracas, Venezuela May 29, 2017.

Opposition politicians in Venezuela criticized Goldman Sachs on May 29 for buying $2.8 billion of bonds issued by PDVSA, the state-owned oil company, saying the investment bank was “aiding and abetting the country’s dictatorial regime.”

In a letter to Goldman Chief Executive Lloyd Blankfein, Julio Borges, president of Venezuela’s opposition-controlled Congress, said the legislature would open an investigation into the transaction and that Borges would recommend “to any future democratic government of Venezuela not to recognize or pay these bonds.”

The Wall Street Journal reported on May 28 that Goldman’s asset-management arm had paid 31 cents on the dollar for bonds issued by Petroleos de Venezuela, known widely by its acronym PDVSA.

In a statement, Goldman said it bought the bonds on the secondary market and did not transact directly with the Venezuelan government. The bonds are held in funds and accounts managed on behalf of clients. “We recognize that the situation is complex and evolving and that Venezuela is in crisis,” it said. “We agree that life there has to get better, and we made the investment in part because we believe it will."