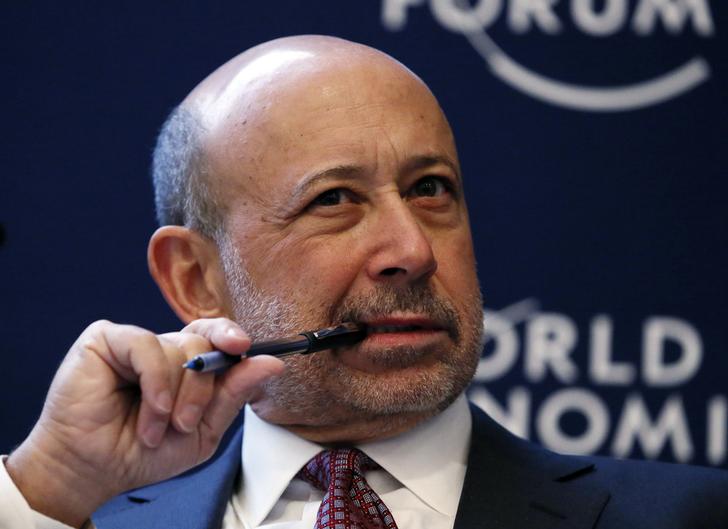 The latest thwack to Goldman Sachs marks a revolving-door reckoning of sorts. The bank led by Lloyd Blankfein will pay $50 million for not monitoring an employee’s too-cozy relationship with the Federal Reserve Bank of New York, where he used to work. It’s chump change as far as fines go, but Goldman admitted fault – and it drives home the message that Washington-to-Wall Street transfers bear closer scrutiny.

The case is a stark reminder of the kind of issues that can arise. A banker who used to work at the New York Fed obtained confidential documents from a friend still at the regulator and used them to advise a client. Goldman fired the banker when it found out about the leak last year. In addition to paying a fine to the New York Department of Financial Services, the firm has agreed not to accept certain types of consulting work for three years.

More striking, though, is that Goldman admitted fault for failing to supervise its employee. That’s a common – and appropriate – charge for firms tempted to blame misconduct on rogue workers. Steve Cohen’s former hedge fund SAC Capital, for example, got severely reprimanded for not keeping a close eye on several insider traders. And admitting guilt isn’t something Goldman, or any other bank, is used to doing. It proves that U.S. District Judge Jed Rakoff’s recent campaign to squelch settlements involving financial institutions that neither admit nor deny wronging continues to have an effect.

It also shows how the revolving door between government and business sometimes spins into danger. Financial-industry experience can be invaluable for policymaking and regulation, while insight into Uncle Sam’s ways is an asset on Wall Street. And the notion that ex-bankers can’t be tough watchdogs is nonsense, as Goldman alumnus and former Commodity Futures Trading Commission Chairman Gary Gensler proved.

Professionals who move from jobs as overseers to the private sector bear watching, though. There are already clear Securities and Exchange Commission limits on what an ex-employee can do, and they should be standard for all agencies. The Goldman case highlights a need for stricter rules on handling sensitive information – and the responsibility of employers to ensure they’re followed. The path between Washington and Wall Street deserves to stay open so long as it is clearly lit.

Goldman Sachs has agreed to pay a $50 million fine because one of its former bankers took confidential documents from the Federal Reserve Bank of New York and shared them with a client, the New York Department of Financial Services announced on Oct. 28.

As part of the settlement, Goldman will admit guilt in the case, conceding that it had failed to properly supervise the former banker, Rohit Bansal. U.S. federal prosecutors are preparing to unveil criminal charges against Bansal and former Federal Reserve employee Jason Gross, Reuters said, citing a person familiar with the matter.