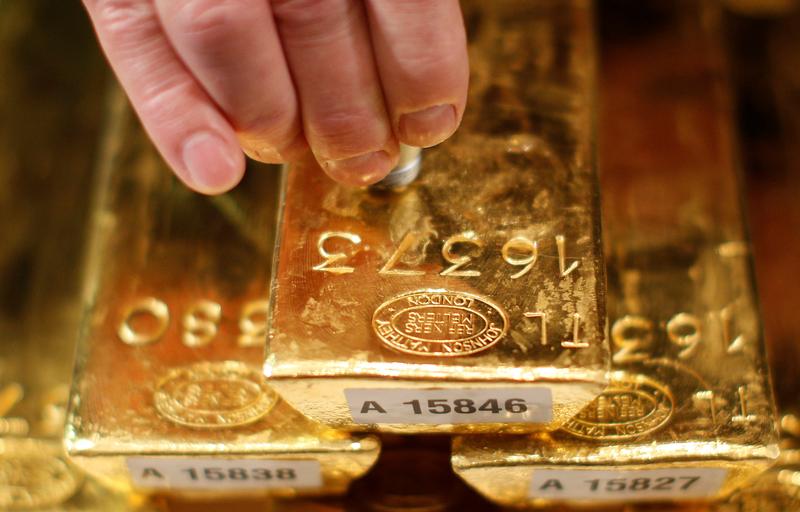 Gold miners have a renewed incentive to swing for the fences. With prices of the yellow metal at a nine-year high amid fears of a surging global Covid-19 caseload, bullion players have scope to start mining the lower grade sections of their reserves – the ones that only make sense during periods of peak market enthusiasm. Taking a punt makes more sense than in previous cycles.

Gold’s safe-haven status means it’s having a good crisis. The unprecedented monetary stimulus that has pushed bond yields close to zero has all but wiped out the opportunity cost of holding the precious metal, which pays out nothing. With ten-year inflation-protected U.S. Treasury yields at their lowest since 2013, gold is now up 20% this year, above the psychologically important $1,800 per ounce level. Its 2011 record of $1,920 per ounce is under threat.

Miners’ fixed costs mean they are coining it whatever they do. This year, $50 billion Newmont hopes to produce 6 million ounces at an all-in sustaining cost – basically operating costs, plus corporate overheads and steady state capital expenditure – of $1,015 per ounce. Close rival Barrick Gold, valued at $49 billion, was mining at $954 per ounce in the first quarter. The pair are trading respectively at 14 times and 11 times EBITDA, compared to a 10-year average of 8 times.

The conservative option would be to keep digging as normal, while handing back these colossal windfalls to shareholders. The alternative route of opening up new seams of lower grade reserves is expensive and takes time. If gold’s bonanza proves short-lived, a $50 million six-month mineshaft extension, say, might be under financial water before it has produced a single ounce. Gold’s 30% slump in 2013 put paid to many such plans.

Still, taking a punt has its appeal. Aside from the production bump when the new stuff comes on stream, successfully developing lower grade ore means a jump in the size and value of the producer’s recoverable reserves. That should boost valuations.

Given the epic economic damage wrought by the coronavirus, and the stimulus rolled out behind it, there are reasonable grounds to suggest gold’s peak could be sustained. ABN Amro now reckons prices will be at $2,000 per ounce at the end of 2021. That could encourage miners to think big.

Gold breached $1,800 per ounce on July 8 to hit a nine-year high amid growing concerns that surging coronavirus cases could stall a global economic recovery.

Gold breached $1,800 per ounce on July 8 to hit a nine-year high amid growing concerns that surging coronavirus cases could stall a global economic recovery.