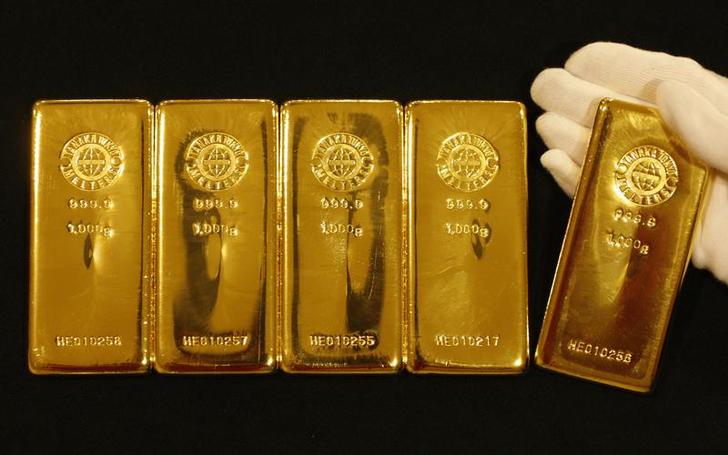 The Ukrainian crisis and Middle Eastern conflict have provided a respite for the price of gold. After going over a cliff and dropping from heights of $1,700 an ounce during 2013, it has found a ledge at around $1,300. The ledge is eroding.

The 25 percent plunge was precipitated by investors fleeing exchange-traded funds. In 2013 they sold 880 tonnes of gold, equivalent to about one-third of the annual demand for use in jewellery. Holders of gold bars and coins dismissed the ETF crowd as lemmings without conviction, but the true believers themselves now look less confident. Their second-quarter purchases of 275 tonnes were 56 percent below the level of a year earlier. Total investment demand in the year to June was 893 tonnes – the least since 2007.

The reality is the ETF lemmings were prescient. The outlook for gold remains bad. Its appeal is hurt by a rising dollar, the imminent end to Federal Reserve money-printing and the eventual approach of higher U.S. interest rates. More investors are likely to leap.

What will support the yellow metal’s price? Technology demand is steady at about 400 tonnes per year. Central banks have bought gold when it was dear, taking more than 400 tonnes per year since 2011. Russia bought 54 tonnes in the second quarter, almost half the total. But whether central banks in general will retain their yen for gold as it cheapens is uncertain.

Jewellery is the ultimate base for the gold price. Here too the picture is not good. Global demand for jewellery gold has fallen by 5 percent over the last year. Gold enthusiasts who anticipate a surge of buying from Asia have been disappointed. Indian demand, affected by government restrictions, was down by 11 percent. Chinese demand rose by only 2 percent.

The underlying cause for weak demand is simple: an ounce of gold still costs far too much. Annual jewellery use since 2009 has averaged 18.5 percent less than in the preceding five years. Consumer demand probably won’t return to its past heights until gold falls to triple digits. It is likely to oblige in 2015.

Gold was little changed at $1,290 an ounce in Asian trading on Aug. 29, but was on track for its first monthly gain since June. Its slight recovery has been attributed to growing tensions in the Middle East and between Russia and Ukraine.

Gold bars are displayed during a photo opportunity at the Ginza Tanaka store in Tokyo.

Gold was little changed at $1,290 an ounce in Asian trading on Aug. 29, but was on track for its first monthly gain since June. Its slight recovery has been attributed to growing tensions in the Middle East and between Russia and Ukraine.