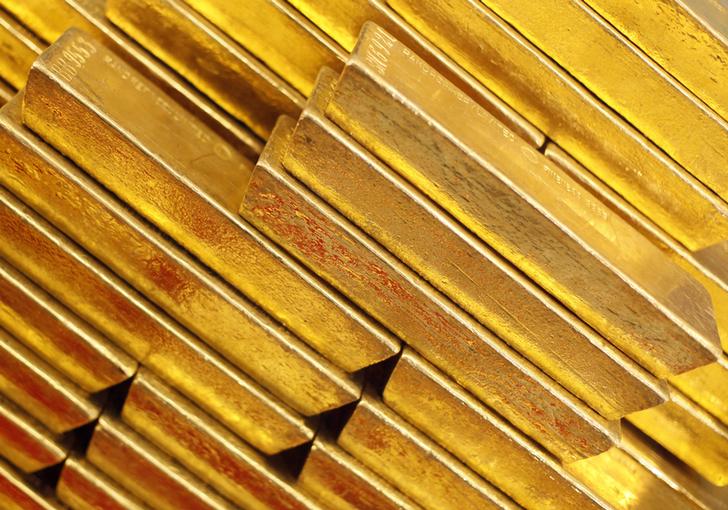 The gold price is up, but the three-year downward trend is far from over. The yellow metal looks attractive when oil price falls and a rising dollar are destabilising emerging economies and global stock markets. The little rally could go a bit further, but it is unlikely to survive the tectonic shifts which U.S. rate rises will bring to the financial world.

As yet, the uptrend is modest. At $1,222 an ounce on the morning of Dec. 11, the price is up only 4 percent since the November lows, and still down 2 percent from a year ago. Speculative hopes explain part of the rise. The net long position in gold, according to Commodity Futures Trading Commission data, has risen to its highest since late August.

Renewed fears over the future of the euro zone may be bait for speculators. The possibility of European Central Bank quantitative easing, which would be bad for the euro, might be good for gold. Also, currency turmoil is supportive. As emerging market currencies and assets fall heavily, some investors will be taking refuge in the yellow metal.

Something more solid has also helped: continued central bank buying. Russia’s 55 tonnes in the third quarter accounted for more than half of global central bank gold purchases in the period. So far this year, Moscow has acquired about 150 tonnes, almost double the total for 2013 and equal to about a third of total global central bank demand in 2013.

But with the rouble and Russian foreign exchange reserves falling, support from this source isn’t likely to last. That could bring a decline in overall central bank demand for gold in 2015.

Disappointment lies in the vault. The dollar advance and oil falls that are undermining global markets reflect a pick up now in U.S. market interest rates and future rises in official ones. Higher rates will increase the opportunity cost of holding gold, which will again be a particularly weak victim. The gold price remains on course for triple-digits in 2015.

Gold edged towards a seven-week high on Dec. 11 as a sell-off in global equities and the dollar burnished the metal’s safe-haven appeal. The metal rose to $1,238 on Dec. 10, but failed to hold on to those gains and ended the day down by 0.3 percent.

Gold bars are seen at the Czech National Bank in Prague April 16, 2013.

Gold edged towards a seven-week high on Dec. 11 as a sell-off in global equities and the dollar burnished the metal’s safe-haven appeal. The metal rose to $1,238 on Dec. 10, but failed to hold on to those gains and ended the day down by 0.3 percent.