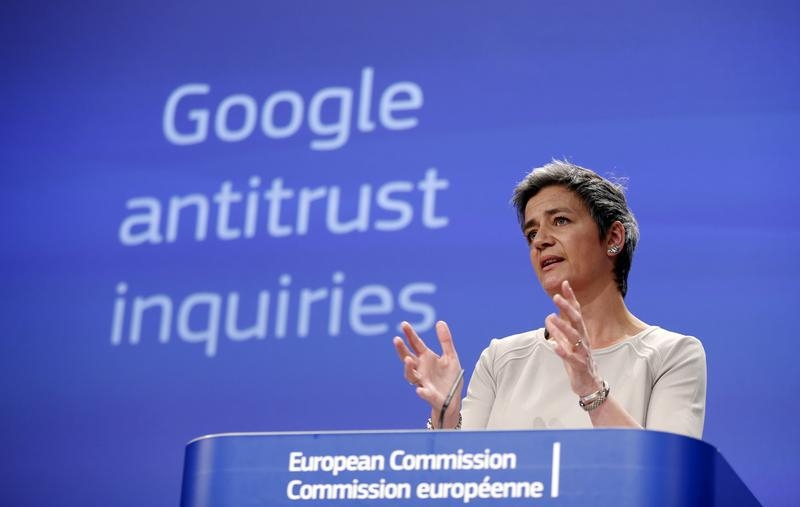 European trustbusters have accused the tech titan of abusing its dominance in smartphones by tying services together. The case is solid but a tortuous process limits deterrent value. And Google probably can justify the cost of a brawl even if it doesn’t win.

European Competition Commissioner Margrethe Vestager addresses a news conference at the EU Commission headquarters in Brussels April 15, 2015. Google Inc said on Wednesday it strongly disagreed with the European Commission which accused the U.S. company of distorting Internet searches in its favor and launched an antitrust probe into its mobile operating system Android. REUTERS/Francois Lenoir

The European Union on April 20 filed formal charges against Alphabet’s Google, accusing it of abusing the dominant position of its Android mobile operating system. It is the second case brought against the company by European regulators, following an earlier one related to Google favoring its own services at the expense of rivals.

Google has 12 weeks to respond, but said in a blog post: “We take these concerns seriously, but we also believe that our business model keeps manufacturers’ costs low and their flexibility high, while giving consumers unprecedented control of their mobile devices.”