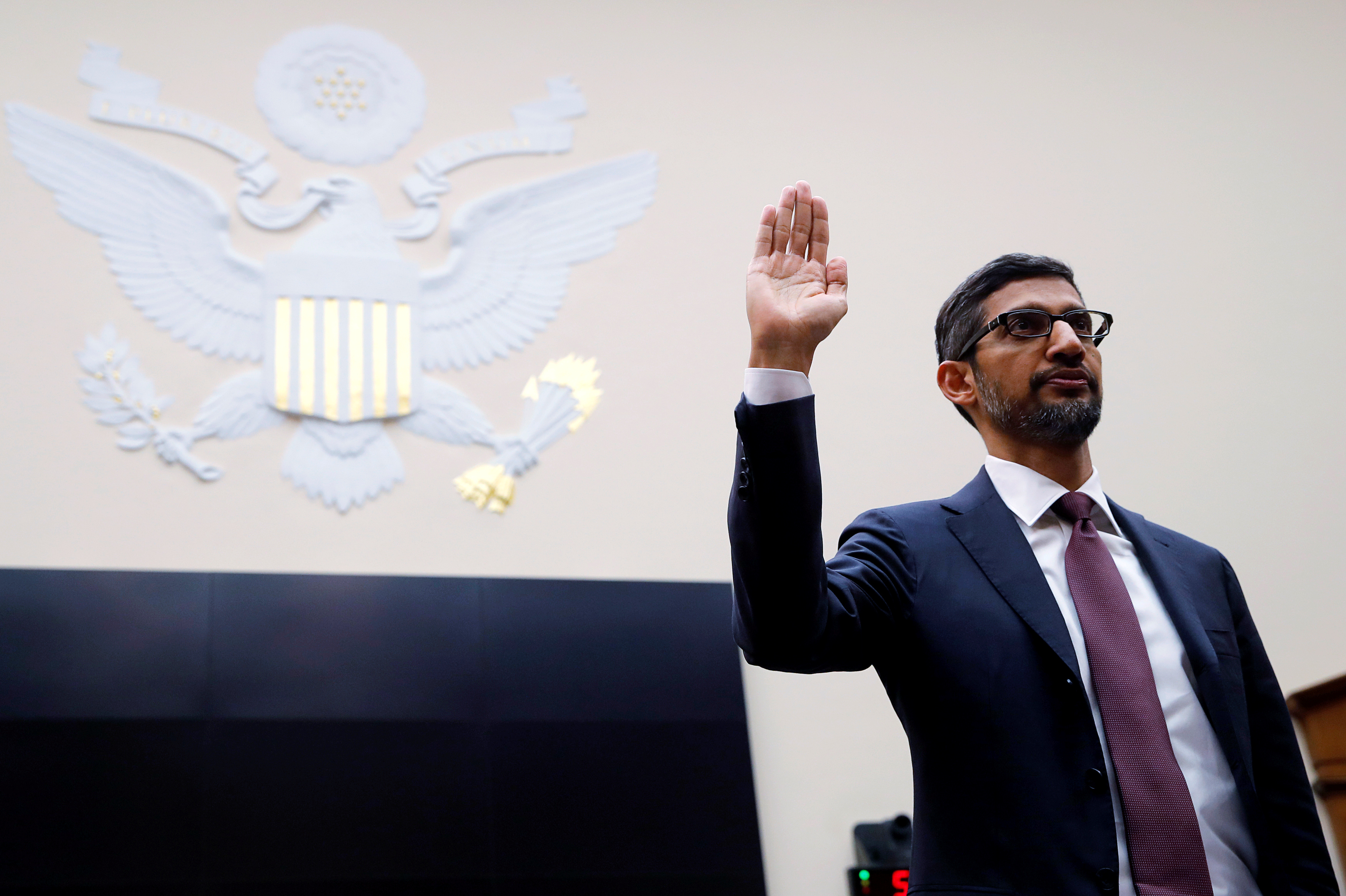 U.S. lawmakers who grilled company chief Sundar Pichai failed to land a blow, and showed themselves ill informed about what the search engine actually does. The knowledge gap is risky for tech firms, because it increases the risk of regulation that misses the mark.

Google CEO Sundar Pichai is sworn in prior to testifying at a House Judiciary Committee hearing examining Google and its Data Collection, Use and Filtering Practices on Capitol Hill in Washington, U.S., December 11, 2018.

Sundar Pichai, the chief executive of Alphabet’s Google, told U.S. lawmakers on Dec. 11 that the company works hard to ensure the integrity of its products.

He testified in the U.S. House of Representatives, whose members accused Google of being biased against conservatives, criticized its Chinese search engine project and asked about security vulnerabilities in its Google+ social network.

Google said on Dec. 10 that it would shut down Google+ in April, ahead of schedule, after discovering a software flaw that allowed partner apps to access private user data. It affected 52.5 million Google+ accounts.

“I lead this company without political bias and work to ensure that our products continue to operate that way,” Pichai said in his written testimony. “To do otherwise would go against our core principles and our business interests.”