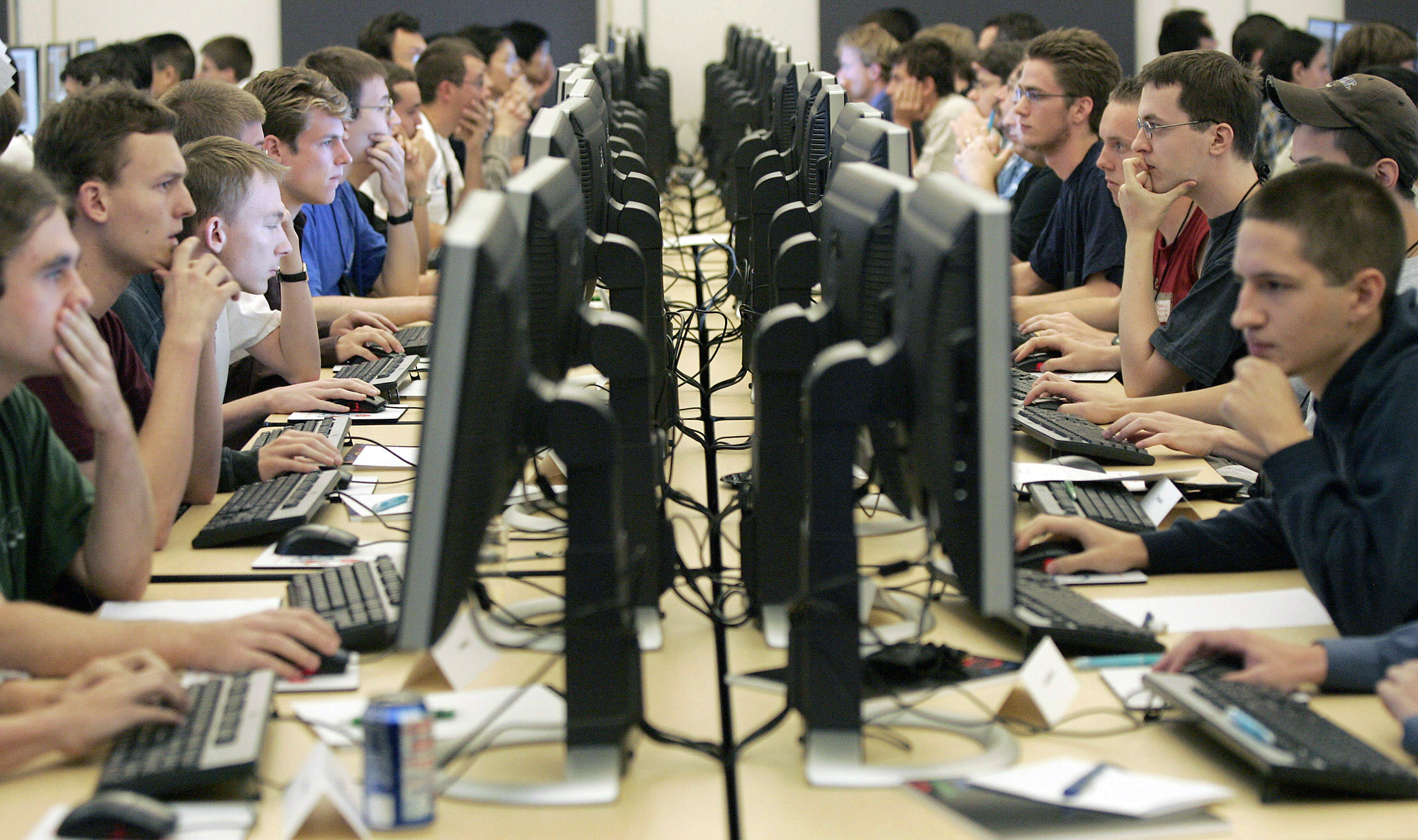 Though the search firm’s sales fell short, they are still surging as more people click on paid links, watch videos on YouTube and look at advertisements on their screens. These trends have plenty of room to run. And the company’s two newest platforms, mobile devices using the Android operating system and social network Google+, promise to deliver more ad dollars. About 700,000 Android smartphones are being lit up every day. And Google+ has 90 million users, more than double what it had at the end of the third quarter last year.

But Google’s growth is costing money. Its expenses rose in the fourth quarter, and the amount advertisers were willing to pay per click fell, resulting in net income increasing only 6 percent from a year earlier. That’s not that much better than the earnings increase posted by the distinctly mature Microsoft, whose income was flat, and centenarian IBM, where it rose 4 percent. And Google’s profit increase was only in line with Intel’s, even though the chipmaker is so far an also-ran in the shift to mobile computing.

It didn’t help that Google reminded analysts that costs will increase in the first quarter, while IBM told investors that next years’ earnings will be slightly better than expected. People have come to hope for more from Google, and they accord the company a correspondingly higher valuation multiple. Before Thursday’s news, the company traded at 14.5 times estimated earnings for 2012, compared to 10 and 12 respectively for Microsoft and IBM.

With markets skittish and Google’s performance highly geared to cyclical advertising, it looks as though investors aren’t giving the company much benefit of the doubt that high profits will follow revenue growth. More mature tech firms, on the other hand, have the luxury of softer expectations.

Google on Jan. 19 reported revenue of $10.6 billion for the fourth quarter, up 25 percent from the same period in 2010. Sales net of traffic acquisition costs were $8.1 billion in the quarter, an increase of 28 percent from last year. The search firm’s net income rose 6.4 percent to $2.7 billion.

Microsoft, IBM and Intel also reported results on Jan. 19. Microsoft’s revenue was $20.9 billion for its second fiscal quarter, which ended on Dec. 31, an increase of 5 percent from the same period last year. Net income was flat at $6.6 billion.

IBM’s revenue in its fourth quarter was $29.5 billion, an increase of 1.6 percent from the same period last year. Net income rose 4.4 percent to $5.5 billion.

Intel reported fourth-quarter revenue of $13.9 billion, up 21 percent. Net income for the quarter of $3.4 billion was 6 percent higher than in the last quarter of 2010.