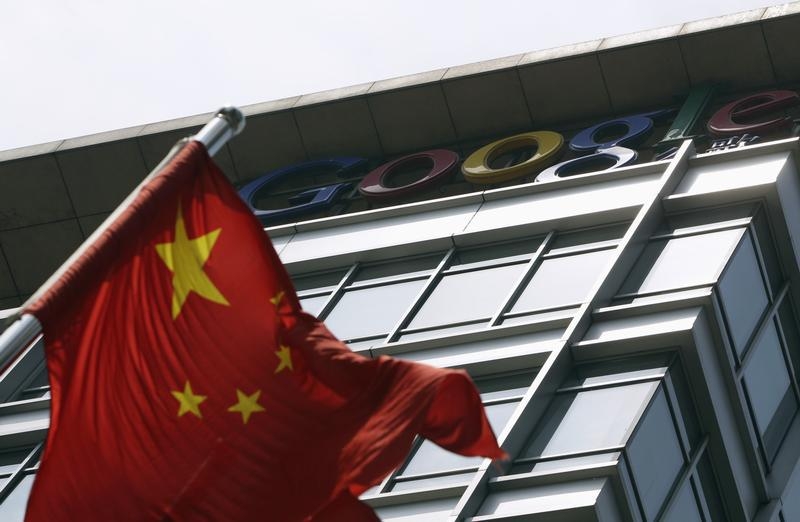 Censors forced the web giant to retreat from the People’s Republic in 2010. Now it’s reported to be mulling a return with a Chinese version of its mobile app store. Harsh regulation would test Google’s principles, while fierce competition will make profit harder to come by.

A Chinese national flag waves in front of the former headquarters of Google China in Beijing June 2, 2011. REUTERS/Jason Lee

Google is seeking approval from the Chinese government to launch a new version of its Google Play app store, according to unnamed sources cited by The Information website on Sept. 4. Google declined to comment on the reports.

Around 20 million of China’s 800 million mobile users have the Google Play store on their devices at present, Reuters reported on Sept. 10, but it is not officially offered to the Chinese market.

The search giant stopped offering its search engine services on its Chinese site Google.cn in 2010, after the company made a decision to stop censoring search results. Search functions remain available on its Google.com.hk platform.

During the past year, Google services including not only search but also Gmail and Google Sites have been disrupted in China, according to the company’s transparency report.

Google currently employs a team of around 500 engineers and salespeople in China. The latter are targeting Chinese companies exporting to overseas markets.

Smartphone sales in China fell 4 percent year on year in the first quarter of 2015, according to research group Gartner. It was the first year-on-year fall in the market, according to the report released on Aug. 20.