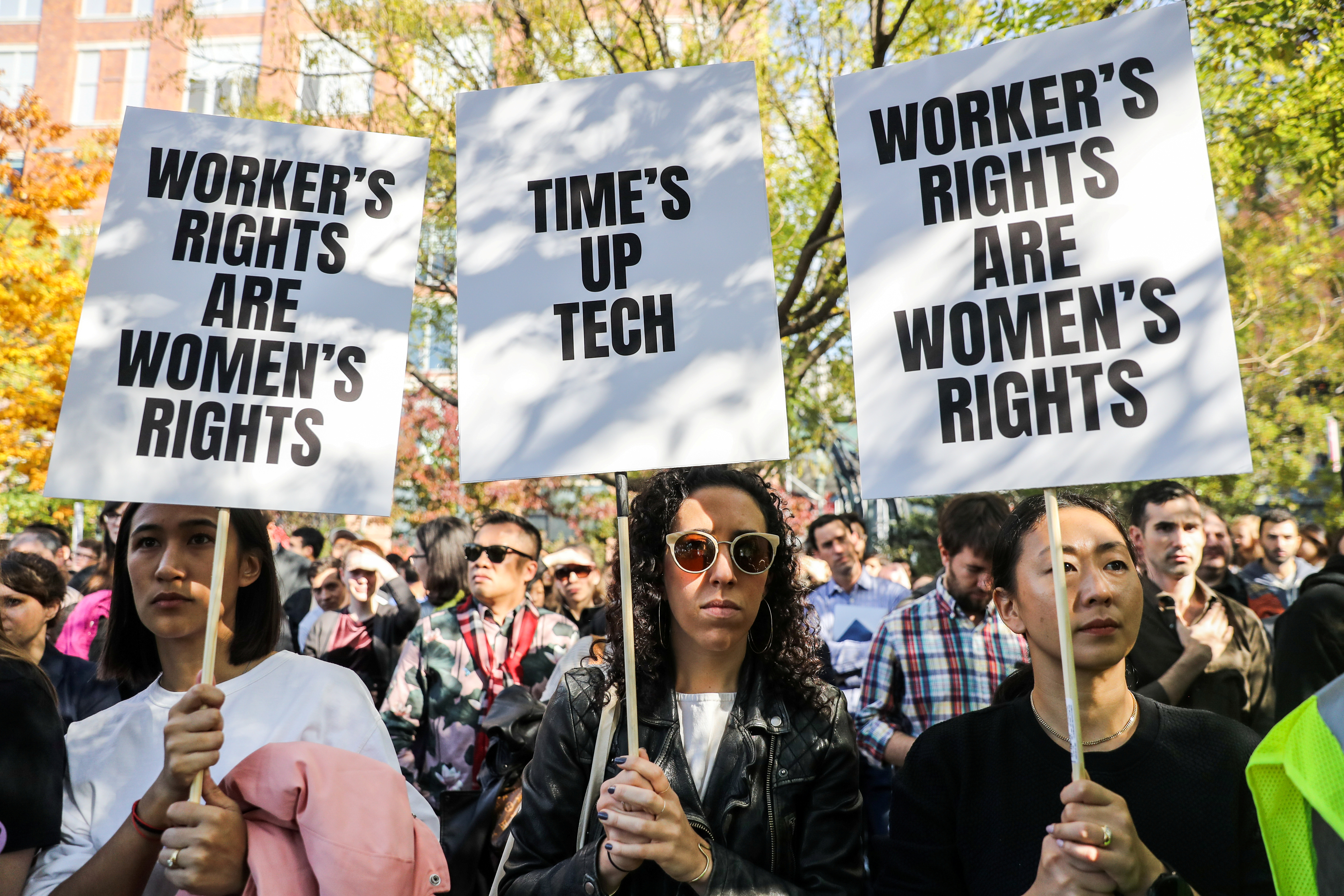 They were aimed at the company’s failures in tackling sexual harassment. Ditto at McDonald’s a few weeks ago. When executives at such different firms have to listen, though, it’s another sign – backed up by the latest U.S. jobs data – that workers are becoming a scarce commodity.

Workers hold signs outside 14th Street Park across the Google offices after walking out as part of a global protest over workplace issues in New York, U.S., November 1, 2018.

Thousands of Google employees around the world briefly walked off their jobs on Nov. 1 to protest the company’s response to sexual harassment and demand that the world’s largest search engine address rising concerns about workplace inequality.

The walkouts followed a report in the New York Times on Oct. 25 that said the internet-search unit of Alphabet in 2014 paid a $90 million exit package to executive Andy Rubin after he was accused of sexual harassment. Rubin denied the allegations.

Employees of McDonald’s organized a strike in several U.S. cities on Sept. 18 to protest sexual harassment in the workplace.

The U.S. economy added 250,000 jobs in October while the unemployment rate remained steady at 3.7 percent, the Bureau of Labor Statistics said on Nov. 2. Economists surveyed by Reuters expected an increase of 190,000 positions. Average hourly wages rose by 5 cents to $27.30 for the month, representing a year-on-year increase of 3.1 percent, the biggest jump since April 2009.