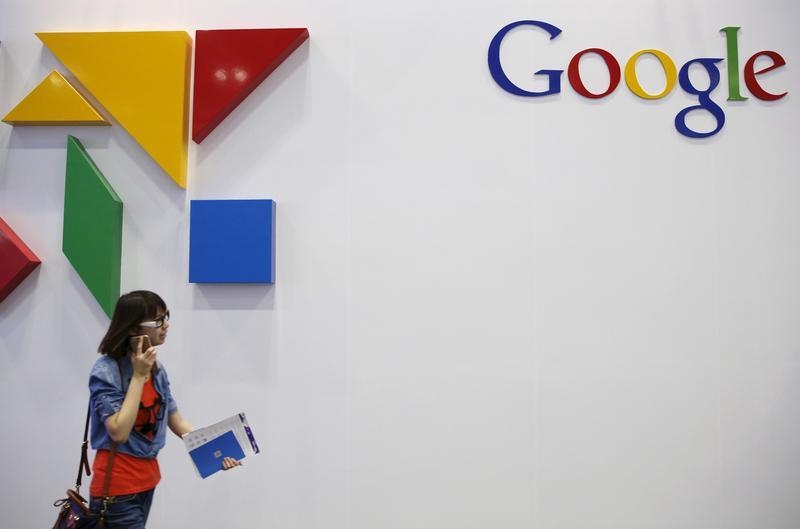 For six consecutive quarters, Google had fallen short of the earnings forecasts of analysts. Although more users were clicking on ads, the price Google could charge kept falling. As searches move to smartphones, advertisers are reluctant to pay as much for the smaller screen real estate. What’s more, some 800 million daily mobile users tend to stay logged into Facebook, providing the social network with more valuable information than Google has accumulated. Meanwhile, the web search giant’s hefty investments in everything from self-driving cars to anti-aging therapies aren’t cheap, and increasingly make Google seem like a scattered mad scientist.

The central component of the story remains largely the same. Clicks in the second quarter increased 18 percent from a year ago – contributing to nearly $18 billion in revenue – but the cost per click declined 11 percent. What Porat, the former Morgan Stanley finance chief, has done only six weeks into her tenure at Google is change some perceptions. During the call with investors following Thursday’s earnings announcement, she repeatedly emphasized the notion of cost discipline and careful use of the company’s ample cash.

Her message seemed to soothe investors and helped them focus on the brighter elements from the last three months. For example, companies are slowly becoming more comfortable with advertising on cell phones and paying more to reach people on the go. That’s shrinking the gap between mobile and desktop prices. If it keeps up, the biggest cloud over Google will dissipate.

Many mysteries remain, however, including YouTube’s profitability. And Porat refrained from providing details about any possible dividends or share buybacks. It’s early days, but expectations are now higher. She knows what her new Silicon Valley employer has to do to assuage her former compatriots on Wall Street. Even more important will be for Google’s actions to live up to its CFO’s words.

A woman walks past a logo of Google at the Global Mobile Internet Conference (GMIC) 2015 in Beijing, China, April 28, 2015. REUTERS/Kim Kyung-Hoon

The company’s C class shares earned $6.43 each because of a $522 million adjustment for these holders, in accordance with an agreement to distribute these shares to investors.

All three classes of shareholders earned $6.99 a share, according to the company’s preferred non-GAAP method of measuring earnings.

“We are focused every day on developing big new opportunities across a wide range of businesses,” Chief Financial Officer Ruth Porat said in a statement. “We will do so with great care regarding resource allocation.”