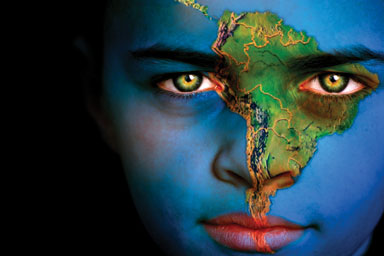 Good governance will begin to matter more in Latin America. For the last decade, easy money and a boom in natural resources allowed bad governments to do as well as good ones. Now with commodity prices flattening and rates rising, regimes that respect investor and property rights, while spending money and allocating capital wisely, should outperform their less-disciplined neighbors.

Latin America has had a good 21st century, primarily because of a prolonged rise in commodity prices in the decade to 2011. As a result, profligately run nations like Argentina and Venezuela, and spendthrifts like Brazil, were able to prosper almost as much as more conservatively managed Chile, Colombia and Peru. Only Mexico, where raw commodities represented less than 20 percent of exports in 2012 compared with around 60 percent in Brazil, failed to benefit much from the price surge.

That boom has come to an end, with the Thomson Reuters Equal Weight Continuous Commodity Index, measuring both metals and soft commodity prices, down 10 percent since December 2011. Consequently Venezuela, Argentina and Brazil face difficulties, which will intensify in 2014 absent a commodity price rebound.

Venezuela, in particular, is heavily dependent on $100-a-barrel oil, with every dollar decline in average oil prices costing it roughly $1 billion in annual hard currency revenue. Any decline would cut the funds flowing to the government and make its fiscal and payments position difficult.

Brazil’s third-quarter GDP shrank 0.5 percent; interest rates have been raised six times since April; public spending continues to grow; consumer debt is high; and the 12-month current account deficit is 3.7 percent of GDP. The state-funded model Brazil has followed this century is imperiled. The coming year could see an unpleasant confrontation between Brazil’s policymakers and market realities. With the currency still overvalued on a purchasing power basis, further weakness in the real is likely.

Other resource-reliant countries should suffer less. Chile’s principal export, copper, is showing relative price strength. Moreover, the country has little debt and a $15 billion stabilization fund to cushion against a downturn. This gives incoming President Michelle Bachelet some room to respond to demands for reform.

The outlier may be Mexico, which will benefit disproportionately from U.S. growth, its market liberalization, and foreign manufacturing investment. As the least commodity-dependent Latin economy, with improving governance under Enrique Peña Nieto and an oil sector finally opening to the world, Mexico may finally outshine its more southerly neighbors.

With the commodity surge out of the way, investors in the region will have to distinguish carefully. But the simplest pair trade may be the best: go long the Mexican peso and short the Brazilian real. With the U.S. economy reviving and Brazil suffering both economic sluggishness and political uncertainty, both sides of the bet look attractive.