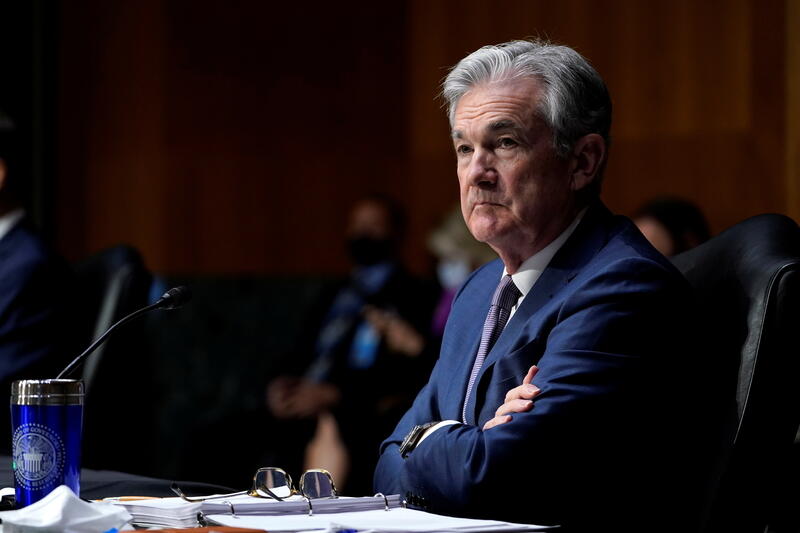 Through the looking glass. Accelerating U.S. inflation is a communication, rather than an economic, problem for Federal Reserve Chair Jerome Powell. Consumer prices rose 5% in May from a year earlier, the highest annual rate since 2008, data showed on Thursday. Even the core rate, which strips out food and energy prices, was up 3.8%, a three-decade high.

True, many businesses were shut down and air travel had nearly ceased a year ago. But there are also other oddities. Used car and truck prices jumped by 7.3%, bolstered by fleet purchases by rental-car firms due to shortages of new vehicles. That makes life much harder for the Fed than for the European Central Bank, which sees euro zone inflation at 1.9% this year and 1.5% in 2022. While it makes sense for Powell to take a wait-and-see approach, and U.S. bond markets are so far keeping the faith with him, the longer the distortions last, the more challenging his job will become. (By Gina Chon)

Commercial spending spree. Get ready for even more ads in your social media feeds. GroupM, the media investment arm of WPP, revised its 2021 forecast for how much companies will spend on advertising in the United States and is now expecting growth of 22% year-over-year versus the prior 15% increase. Excluding political campaigns, the total $276 billion ad haul is $37 billion more than what was spent in 2019.

A rise in newly-public companies, from Airbnb and to the hundreds of companies merging with SPACs, is fueling some of the uptick. They have mindshare to grab and profit estimates to hit. The beneficiaries are Alphabet’s Google, Facebook and Amazon.com, which had knockout first-quarter results. The trend isn’t expected to abate: Digital ad growth is eating up so much share that in five years, GroupM reckons it will represent 69% of the total U.S. ad market. Antitrust watchdogs with Silicon Valley in their sights will have even fatter targets to aim for. (By Jennifer Saba)

The Singapore-based company’s gross merchandise value hit $3.6 billion in the March quarter. Annualised, that’s 15.2% higher than the actual figure for all of 2020, less than half the pace Grab hopes to deliver this year. Its mobility business is performing below pre-pandemic levels. Neither revenue nor profit were disclosed.

There were some promising signs: Users appear to be spending more, the GrabMart everyday goods delivery business grew GMV 21% quarter-on-quarter and the company’s direct-lending platform disbursed over 45% more credit.

Grab has time to up its game: It also used its update to reveal that the takeover by Altimeter has been delayed to the fourth quarter. (By Una Galani and Sharon Lam)

Bum note. Scepticism about initial public offerings of high-growth companies has crossed La Manche. Shares in Believe fell 13% on Thursday morning after the French digital music company raised 300 million euros to finance acquisitions, 40% less than it originally sought. Believe, which distributes and markets niche artists as well as famous Gallic rapper Jul, had also priced its IPO at the bottom of the indicated range.

The bad reviews are another squirt in the eye for deal advisers, after the disappointing debuts of London-listed Alphawave IP and Deliveroo. French online car parts distributor PHE last week shelved its IPO citing unfavourable markets. Still, investors need faith in Believe: after Thursday’s drop, the company’s enterprise value is roughly 1.35 billion euros. That’s a chunky 142 times estimated 2021 EBITDA, assuming it achieves annual revenue growth of 20%. That multiple should decrease over time if it can keep expanding sales. But shareholder doubts may linger. (By Christopher Thompson)

Chairman of the Federal Reserve Jerome Powell listens during a Senate Banking Committee hearing on "The Quarterly CARES Act Report to Congress" on Capitol Hill in Washington, U.S., December 1, 2020.