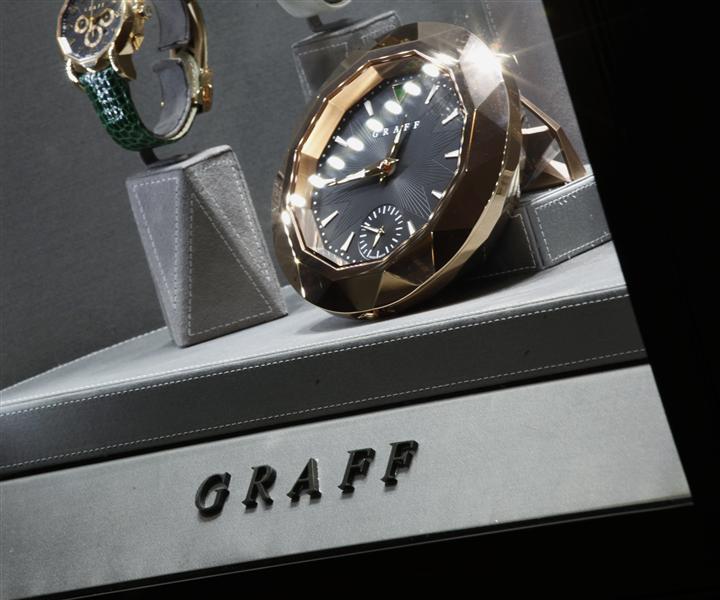 It’s hard to think of a company more plugged into the 0.1 percent than Graff Diamonds. The UK diamond merchant, which in 2011 sold rocks worth almost $100 million to a single customer, plans to list its shares in Hong Kong, in an offering that could raise $1 billion and value the whole at $4 billion. Strip out the hype over the ascent of the super-rich, and the valuation looks solid if not a steal.

The business model is pure plutocracy. Around half of Graff’s revenue in 2011 came from pieces worth more than $1 million. Whereas the likes of LVMH or Prada rely on expanding wealth, Graff can benefit simply from growing inequality. That helps explain its 25 percent revenue growth over the past three years.

Against that, investors have to weigh unusual risks. Sales could prove lumpy, since Graff gets around half of its revenue from just 20 customers. Billionaires, especially in Asia, can fall from grace alarmingly fast. There’s also the risk of false confidence. The super-rich are often touted as shock-proof spenders, but that was proven wrong in 2009, when Graff’s sales fell by 25 percent.

To see what Graff is worth, split it in two. First, there’s a super-high-end retailer. If Graff can expand last year’s $624 million of retail revenue by 15 percent, and sustain its current 20 percent margin, it could make $165 million in retail operating profit by 2013. Pop that conservatively on the 10 times multiple that LVMH commands and it’s worth $1.7 billion.

But Graff has another asset – its remarkable $880 million inventory of rocks, valued at cost, and mostly bought when prices were lower. Assume a market value twice as high, in line with the increase in high-grade diamond prices over the past five years, and these could be worth $2 billion. Combine the two parts, and $3-4 billion looks like a fair price.

What remains to be seen is how Graff will handle public life. It’s likely that the Graff family, which is selling down just under a quarter of its stake, has a plan, though is staying mum about what. Ramping up store numbers and that inventory seems certain; and its clean balance sheet means big acquisitions are likely. Hopefully the Graffs won’t forget that in the diamond business, value comes from the illusion of scarcity.

Graff Diamonds, the UK-based diamond merchant, began marketing a listing in Hong Kong on May 21. The initial public offering could value the company at $3-4 billion, according to people familiar with the situation, and would see owners Laurence and Anne-Marie Graff sell shares equivalent to a 25 percent stake in the company.
Of the roughly $1 billion raised, around $150 million would be sales of existing shares by the owners. Around $600 million would be used to buy assets from the Graff family and other investors, and a further $150 million to pay down debt, according to people familiar with the situation, leaving the remainder for expansion of the business and new store openings.
Graff’s revenue grew 25 percent a year on average from 2009 to 2011, according to its stock exchange filing. The company has interests in diamond mining, polishing, setting and retailing, with 18 directly operated stores, which Graff plans to triple in three years. Of the five stores to be opened in 2012, all are in Asia, where revenues more than doubled since 2009.
The company had an inventory of $651 million in 2011, equivalent to 86 percent of its revenues in that year. Two-thirds of the inventory was held in finished products. Graff spent $209 million expanding its inventory in 2011, and as part of its pre-IPO restructuring was set to buy $227 million of stones from DiamondWorks, a company owned by founder Laurence Graff.