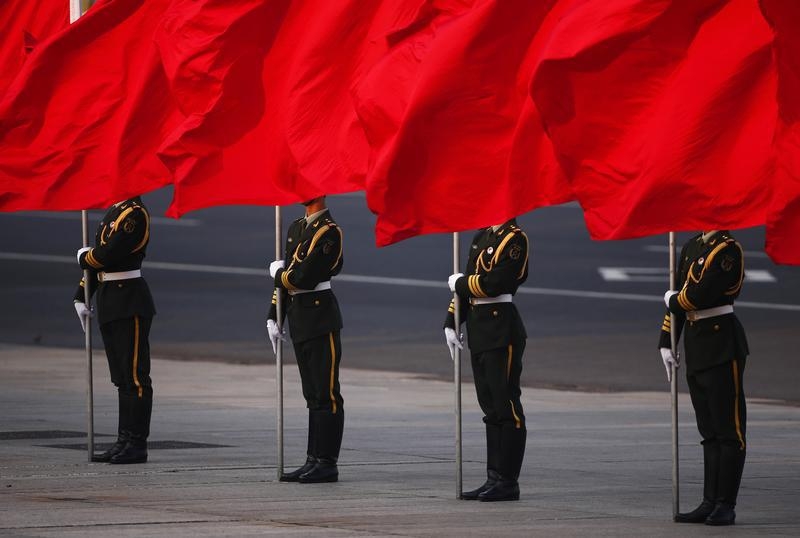 China Resources chairman Song Lin has been sacked for disciplinary violations, leaving an empire with $150 billion in assets leaderless. Though China’s state-company bosses will quake in their loafers, the damage to investors looks manageable. The real problem is a wider culture that treats outside shareholders as an afterthought.

Shares in the five Hong Kong-listed divisions of China Resources slid on April 22, the first trading day after the parent company said Song was being investigated for “suspected serious disciplinary violations”. A Chinese journalist had previously accused Song of laundering money – an allegation Song last week dismissed as slander. However, there are few obvious repercussions for, say, the conglomerate’s Snow Beer brand, or its listed textiles business.

State ownership brings controls, but affords protection. Two of China Resources’ listed subsidiaries, CR Power and CR Gas, have produced total returns for shareholders of 20 percent or more over the past two years. Prising more money out of state-owned enterprises is a national priority. That puts China Resources in a different position from, say, electronics retailer Gome, which called in private equity rescuers after its chairman was arrested for economic crimes in 2008.

But culture remains a problem. China Resource’s listed companies, like many constituents of state-owned enterprises, have been a cat’s cradle of inter-related transactions that investors can’t always evaluate clearly. The company attempted to merge its listed gas and electricity divisions in 2013, in a deal minority investors voted down – yet the board directors who recommended the unloved deal remain in place. China Resources’ units lend, buy and sell among themselves, trading everything from raw materials to wealth products.

China’s corruption purges should make for higher-quality economic growth. But there’s no sign as yet that insiders-first thinking is next to be purged. Even private companies like Alibaba, whose founders recently borrowed $1.1 billion from the company to invest in a digital TV business, appear happy to blur the line.

Meanwhile, the Shanghai stock market has delivered negative returns over the past two years – even as the economy grew in double digits. Graft purges needn’t hurt investors, but insiders do.

Soldiers of the People's Liberation Army's guard of honour hold flags in front of Beijing's Tiananmen Square during the official welcoming ceremony for Serbian President Tomislav Nikolic outside the Great Hall of the People in Beijing August 26, 2013.

The chairman of China Resources Holdings was sacked amid an investigation into “serious discipline and law violations”, China’s state-owned news agency Xinhua reported on April 19.

Song Lin joined China Resources in 1985, and had served as chairman since 2008. A Chinese journalist publicly accused him of deliberately overpaying for coal mines in 2013. Song dismissed the charge as “slander” in a statement via the company’s website as recently as April 17.

Chinese president Xi Jinping has spearheaded a campaign against corruption since taking power in March 2013. Targets have so far included Liu Tienan, the former deputy chief of China’s National Development and Reform Commission, and former security chief Zhou Yongkang, who is under house arrest, according to Reuters.

A spokesman at the company declined to comment beyond the official statement released on April 17, which said that Song was being investigated for “serious disciplinary violations”.