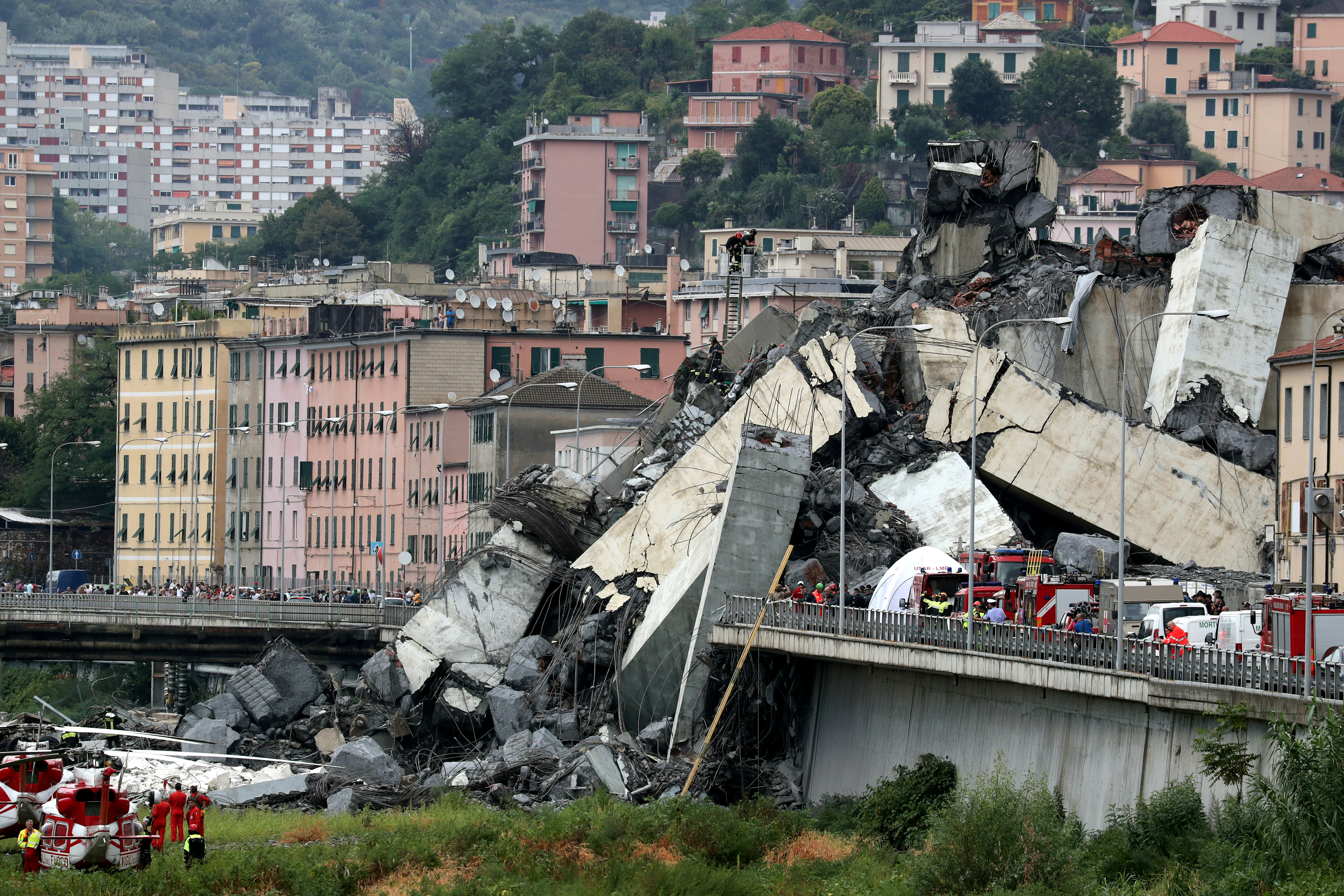 The government in Rome reckons it can pull a lucrative motorway licence from Atlantia without paying compensation after last year’s fatal bridge collapse. The $21 billion infrastructure group would respond with a lengthy lawsuit. A better option for both sides is to reduce tolls.

The collapsed Morandi Bridge is seen in the Italian port city of Genoa, Italy August 14, 2018.

Atlantia is estimated to generate EBITDA of 7.5 billion euros in 2020 according to Refinitiv data. Autostrade per l’Italia (ASPI), the company that manages the Italian toll-road concession, currently contributes around 30% of total EBITDA. Atlantia owns nearly 90% of ASPI.

Atlantia has said revoking the concession would trigger an obligation for the state to pay an indemnity for the loss of future cash flow, which industry sources estimate at around 24 billion euros.