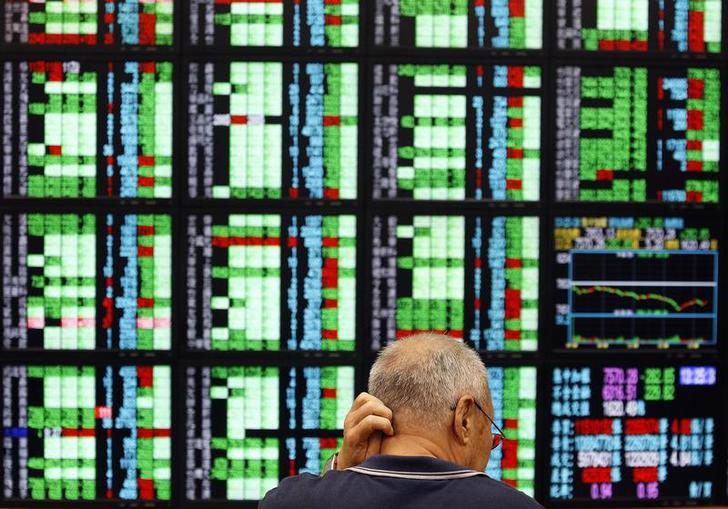 Pimco’s flagship bond fund has been supplanted by a stock index rival as the world’s largest mutual fund. More money may flow from bonds to equities. But indiscriminate enthusiasm for the trade is unwise. The company results season, particularly in Europe, is less than stellar.

A man monitors stock market prices inside a brokerage in Taipei

After six consecutive months of withdrawals, Pimco’s Total Return Fund has assets of $248 billion, according to Morningstar. The Vanguard Total Stock Market Index is now the world’s largest mutual fund with $251.1 billion, Morningstar data shows.
Seventy four percent of S&P 500 companies which have so far reported third-quarter results have beaten or met earnings estimates while 53 percent have beaten or met revenue forecasts, according to Starmine data. In Europe, 51 percent of the DJ STOXX 600 companies that have so far released their results have beaten or met earnings estimates with 33 percent beating or meeting revenue forecasts.
Equities have seen $231 billion of inflows in the year to date, according to Bank of America Merrill Lynch research. That compares with inflows of $16 billion into bonds and outflows of $115 billion from money market funds over the same period.
The 12-month forward price/earnings ratio for U.S. equities is 14.7 compared with a 10-year average of 14, according to Datastream. European stocks are trading at a price/earnings ratio of 13.4, compared with the 10-year average of 12.