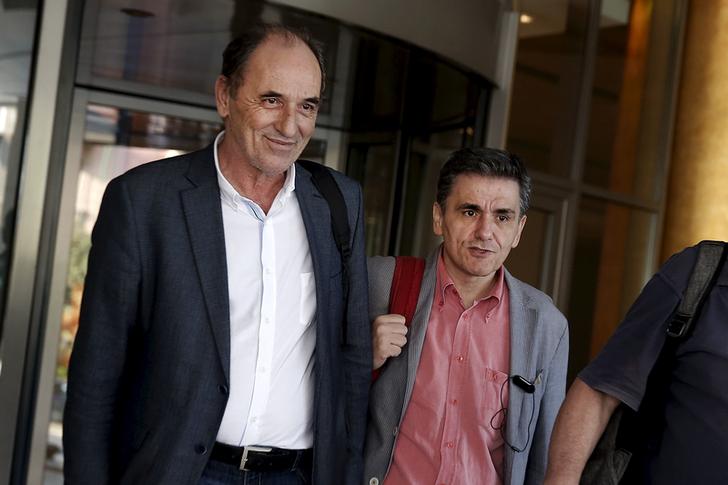 Is the euro zone unbreakable? With Greece close to getting a new bailout, it at least looks more robust than it did. The risk is less about the exit of a peripheral state, and more about the economic rifts between core members.

The agreement to give Greece 86 billion euros of new funding in principle may still have flaws. Details are unclear, and there is still no word on writing down some of the country’s public debt, equivalent to 180 percent of GDP. But just weeks ago, Greece looked like a perfect candidate for a euro exit. Its government was sick of bailouts and ideologically opposed to Europe’s mainstream neo-liberal consensus. The rest of the zone seemed confident that a fallout could be managed.

Now sense has prevailed. From the creditor side, helping Greece costs little, since the country’s output is less than 2 percent of the euro zone’s total. So long as Greece appears willing to reform, the benefits of preserving the euro project are significant. Meanwhile, for Greek Prime Minister Alexis Tsipras, ideology has rightly come second to avoiding a currency collapse, whatever the supposed gains would be through more competitive exports.

That might suggest the euro zone really is rock solid. Few other countries are in as desperate a position as Greece, or as politically volatile. Portugal, the next weakest, lacks a strong radical anti-austerity party or immediate bailout needs.

In reality, though, the euro zone is still beset with strains and divergence – only closer to the centre. A weak euro and falling oil prices have boosted the region’s weaker economies. Yet the euro zone still lacks a way to tackle uneven growth and excessive debt, or cushion economic shocks. Greece might appear to be willing to reform, but France and Italy have barely even started.

Even the European Central Bank bemoans the lack of convergence between countries. Unemployment of 4.6 percent in Germany compares with 10.3 percent in France and 22 percent in Spain, according to European Commission data. Debt will rise to nearly 100 percent of GDP in France by 2016, versus a shrinking 68 percent in Germany. The euro zone powers have shown they can decide what’s best for their weaker cousins, but the next question is whether they can do the same for themselves.

Greece and euro zone creditors agreed a multibillion-euro bailout on Aug. 11, Reuters reported, citing Greek officials. Greece expects to ratify the deal in parliament by Aug. 13, Reuters reported. That would enable funds to be disbursed before an Aug. 20 deadline, when Greece must repay 3.2 billion euros to the European Central Bank.

The bailout is expected to be worth up to 86 billion euros.

Greece and euro zone creditors agreed a multibillion-euro bailout on Aug. 11, Reuters reported, citing Greek officials. Greece expects to ratify the deal in parliament by Aug. 13, Reuters reported. That would enable funds to be disbursed before an Aug. 20 deadline, when Greece must repay 3.2 billion euros to the European Central Bank.

The bailout is expected to be worth up to 86 billion euros.