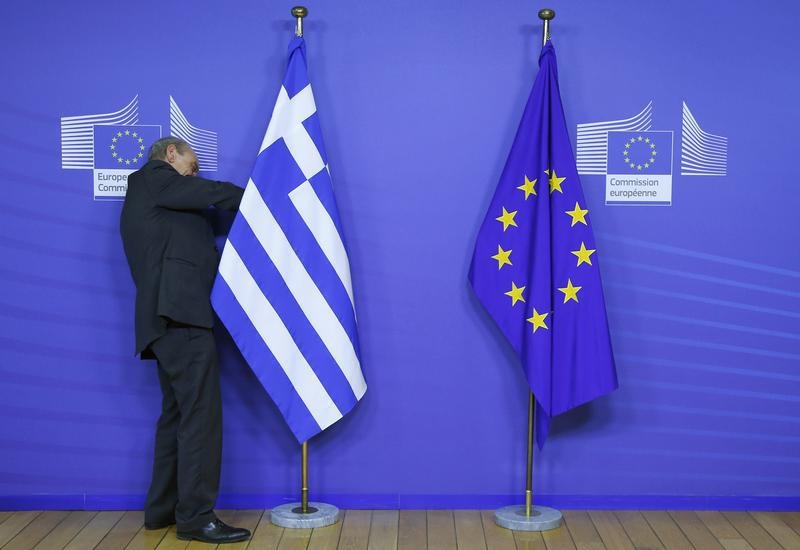 Greece has the choice between a climbdown and a showdown. It may be leaning towards the former. After two weeks of scaring financial markets and raising the hackles of its euro zone partners, the country’s inexperienced leaders go to Brussels this week with proposals that can at least be the basis of a reasonable discussion.

The plan is a far cry from the inflamed rhetoric which Prime Minister Alexis Tsipras deployed in parliament just two days ago. Instead of pouring universal scorn on the euro zone bailout programme, as he did during the campaign that put his Syriza movement in power, the Tsipras government now seems ready to accept part of it. Even a large part, judging by news it would accept about 70 percent of the bailout plan monitored by the infamous troika – the European Commission, the International Monetary Fund and the European Central Bank.

It is unclear how such metrics can be applied to a complex, granular programme. But this is at least an indication that, as Finance Minister Yanis Varoufakis put it, Athens doesn’t want to “tear up the memorandum.”

However, Greece is also pushing demands in line with Syriza’s programme. It wants to run a smaller primary budget surplus, agree a debt swap with the country’s creditors, and confirm measures already taken to deal with the “humanitarian crisis” brought upon by the austerity programme.

Greece’s European partners will try to assess this week whether Tsipras is serious enough to do business with. Sceptics, led by Germany, will want to know exactly how the primary surplus will be maintained if Athens rolls back state-sector reforms for “humanitarian” reasons. And Berlin will want to make sure that any debt swap deal is cosmetically designed to avoid uproar in the German parliament.

Tsipras will have to make concessions if he wants his country and his banks to be funded beyond the official end of the current bailout at the close of the month. The problem is, he will then have to explain to Greeks how that squares with the platform on which he was elected.

A man adjusts a Greek flag ahead of the visit of Greek Prime Minister Alexis Tsipras at the European Commission headquarters in Brussels February 4, 2015.

Greece’s Finance Minister Yanis Varoufakis will on Feb. 11 participate in a Eurogroup meeting of euro zone finance ministers in Brussels.

He is expected to ask his euro zone partners, and Greece’s creditors, to agree to a transitional period during which discussions on ways to make Athens’ debt viable would take place.

Greece also wants to reject the remaining 7.2 billion euro tranche from its 2014 bailout and scrap about 30 percent of the current bailout’s conditions. This 30 percent would be replaced by about 10 reforms, discussed and agreed with the Organisation for Economic Co-operation and Development, which previously provided a “toolkit” for Greek reforms.