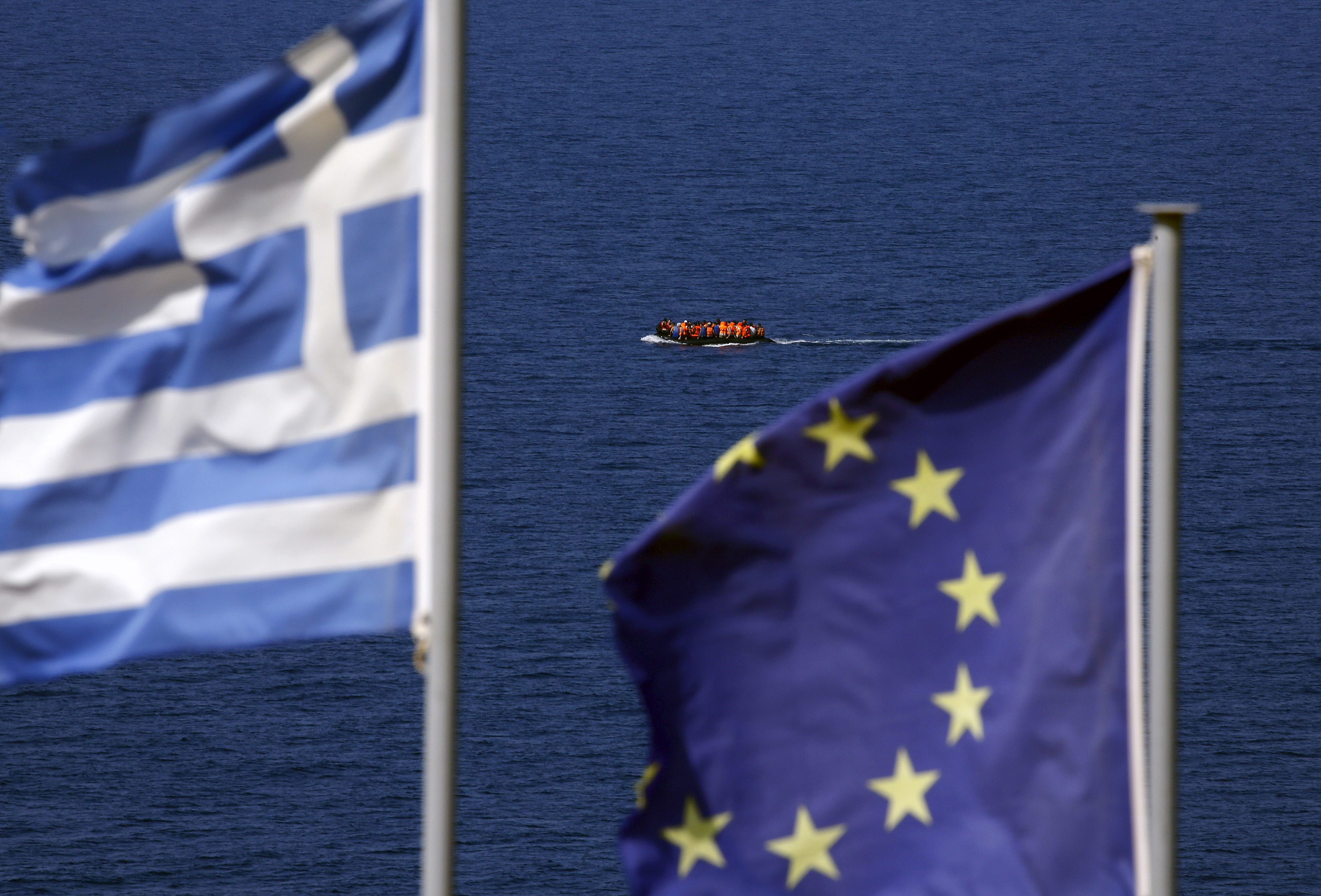 The government, its European creditors and the IMF are all being unreasonable in their own way over a bailout needed by July. The most sensible option would be for the IMF to withdraw. More likely is that if a compromise can’t be found, the ruling Syriza party calls an election.

A dinghy overcrowded by migrants and refugees approaches the Greek island of Lesbos after crossing a part of the Aegean Sea from the Turkish coast September 20, 2015. A Greek and a European Union flags flutter atop an overlooking hill on the island. REUTERS/Yannis Behrakis TPX IMAGES OF THE DAY - RTS1Z2S

The euro zone will only give further financial assistance to Greece if ongoing discussions secure the support of the International Monetary Fund, Germany's Finance Ministry said on Jan. 31.

Greece needs to receive a slice of an 86 billion euro financial bailout before July in order to meet debt repayments of 6 billion euros. The IMF has indicated that its participation depends on Greece agreeing to new legislation that would help it achieve a fiscal surplus equivalent to 3.5 percent of GDP.

The IMF will discuss its role in the Greek bailout in a board meeting on Feb. 6. In a report leaked last week, the IMF said Athens's debt will rise to an unsustainable 275 percent of its gross domestic product by 2060 if no sizeable debt relief is given to Athens by its creditors.

Greek 10-year government bonds were trading with a yield of 7.6 percent on Feb. 3.