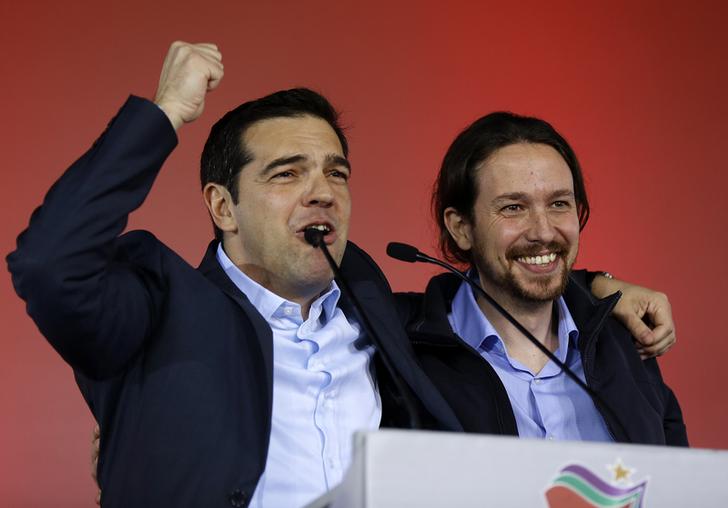 The future of Spain’s radical newcomer party is inevitably tied to its Greek peer Syriza. Podemos will get a boost if the Greeks are able to negotiate a better deal with creditors. More likely, a period of prolonged chaos will hurt support for Podemos in the upcoming general election.

Podemos, Spain’s anti-austerity party, welcomed the results of the Greek referendum on July 5. “Today, Greece has given a lesson, democracy triumphs over fear. A majority of the population has opposed policies that that have driven Greece to the abyss,” it said on Facebook.

In a news conference, leader Pablo Iglesias said he was convinced the Greek government would reach a deal with its creditors in coming days.