No to Greek fudge 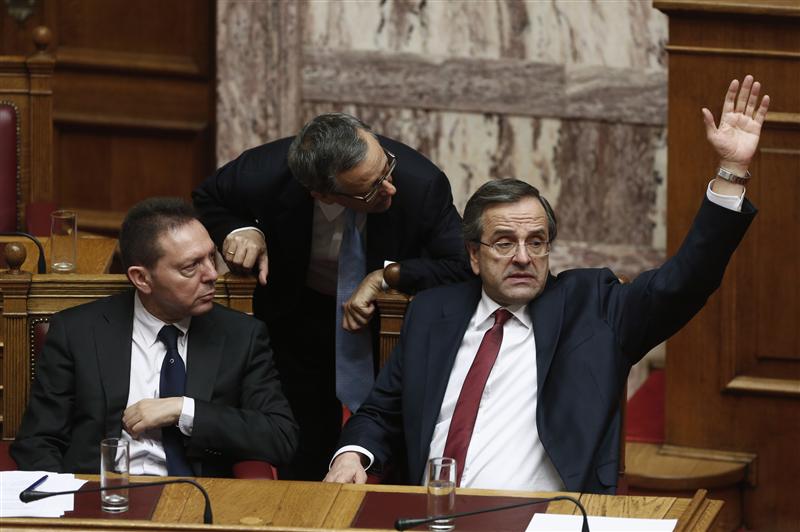 Greece needs a positive shock. It didn’t get one at the overnight Eurogroup meeting. While a deal may be struck when finance ministers reconvene next week, it risks being a fudge. The International Monetary Fund, which is demanding a proper plan to make Athens’ debt sustainable, should stand its ground.

The Greek government, the Eurogroup and the IMF all have roughly the same view about how Athens’s debt will evolve. It will peak at around 190 percent of GDP in 2014 before falling to 140-150 percent in 2020 as growth kicks in.

But such forecasts depend crucially on growth actually returning – and that is far from given. True, Greek competitiveness is improving as labour costs have been slashed. The economy’s liquidity should also improve once Athens receives the next 44 billion euro tranche of bailout cash, which will be used mainly to recapitalise the country’s zombie banks and to shrink the government’s pile of unpaid bills.

But durable GDP growth requires a return of confidence. And that will be tough so long as Greece carries such a heavy debt load. The Eurogroup has been discussing ways to cut the debt-to-GDP ratio to 120 percent by 2020, including interest rate holidays on official debt and the use of the European Central Bank’s profits on Greek bonds to buy back private-sector debt at a discount. Given Germany’s unwillingness to countenance a haircut on its loans to Greece before its elections next year, such a package is probably the best currently available.

But every element must be tuned to the maximum. What’s more, the Eurogroup should promise a proper haircut on the debt held by its members in a couple of years, provided Athens stays on track with its strong reform programme.

Jean-Claude Juncker, head of the Eurogroup, said after the last meeting: “Greece has delivered. Now it is up to us.” That means coming up with a plan that restores confidence rather than condemns Athens to perpetual debt purgatory. Solving the Greek problem isn’t just in the interest of its inhabitants; it is in the interest of the whole euro zone.

Euro zone finance ministers will reconvene on Nov. 26 to thrash out a deal on Greece’s finances after failing to reach agreement on the night of Nov. 20. In a statement, they said the meeting had been interrupted to allow further technical work. Christine Lagarde, the International Monetary Fund managing director who attended the meeting, said that progress had been made but they still needed to do a bit more.
The finance ministers and IMF are trying to work out a plan to make Greece’s debt sustainable as well as to release the next 44 billion euro tranche of bailout cash to the country.
(Research by Viktoria Dendrinou)